Big Fish Games has moved into the newly renovated Maritime Building at 906 Alaskan Way, along the Seattle waterfront.

The game design firm now occupies 187,000 square feet on the top seven floors of what is now an eight-story building. Three stories were added to the landmarked 1910 former warehouse as part of a $25 million rehabilitation project.

The top floor features amenity spaces for Big Fish, such as a gym, game room, kitchen and a landscaped deck with a firepit overlooking the waterfront. All floors have kitchenettes, hangout areas, breakout areas, quiet zones, conference rooms, phone nooks and other private spaces.

An internal open stairwell is covered with graphics and game characters. There’s a mini-film studio, sound-proofed “Faraday cages” for testing devices and apps, and a dedicated art room.

An informal, bleacher-style hangout space features a bench autographed by everyone who had a hand in the Maritime Building rehab. 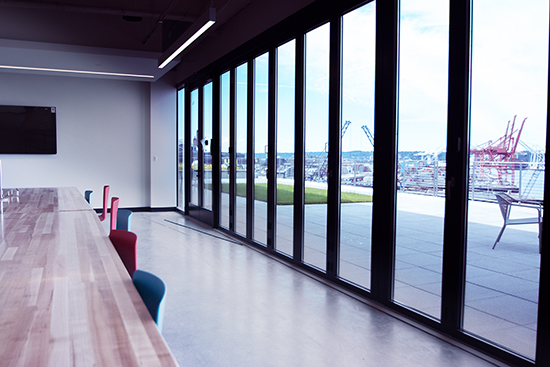 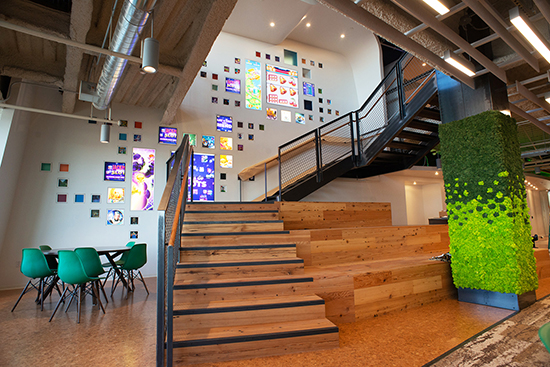 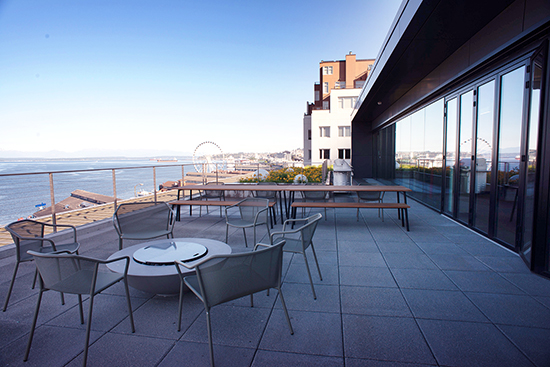 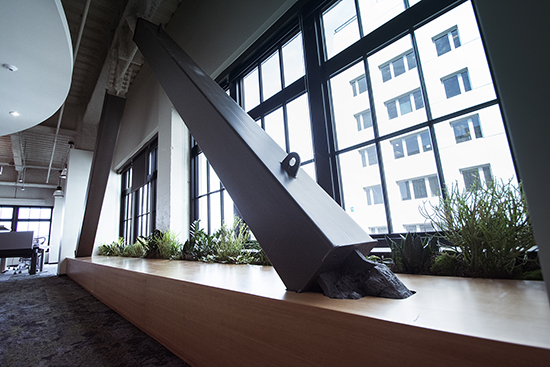 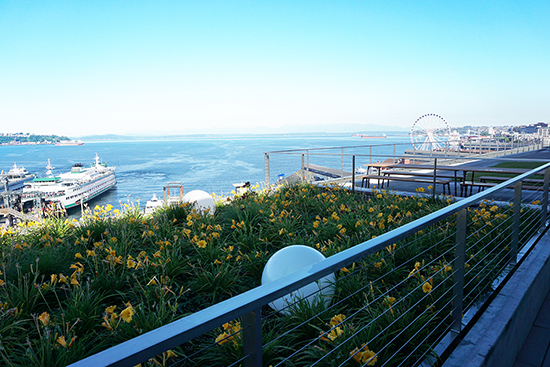 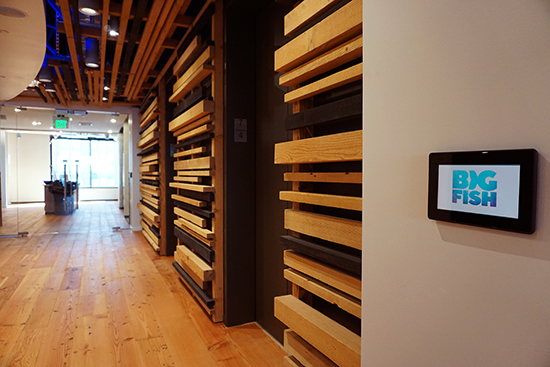 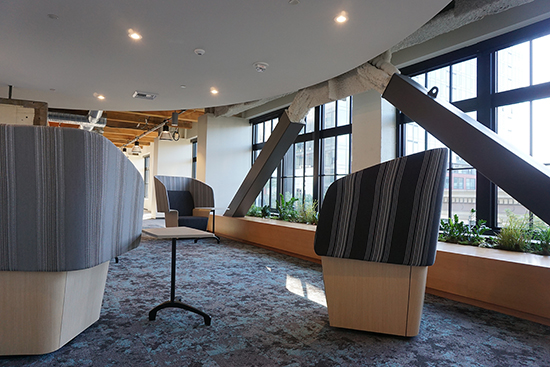 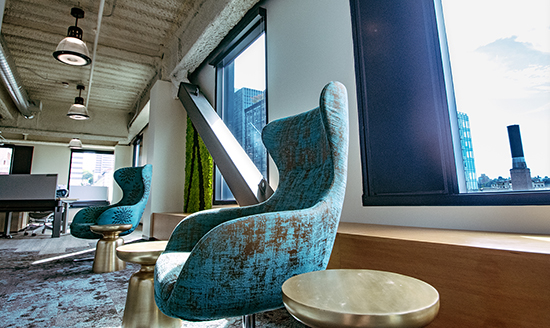 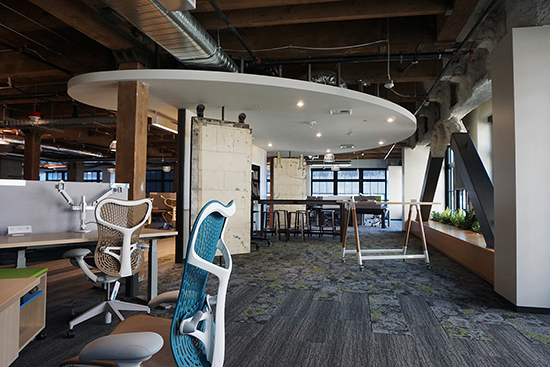