The expansion of the Seattle Asian Art Museum is designed to showcase the rich legacy of Asian art, while also highlighting the beauty of the Olmsted-designed Volunteer Park.

Reestablishing connections with Volunteer Park was high on the list of design priorities, according to LMN Architects partners Wendy Pautz and Sam Miller.

LMN’s mission, Pautz and Miller said, was a design that creates a seamless integration with the spectacular site.

The museum has been closed for three years and will reopen Saturday. The general contractor and construction manager on the $56 million project was BNBuilders. 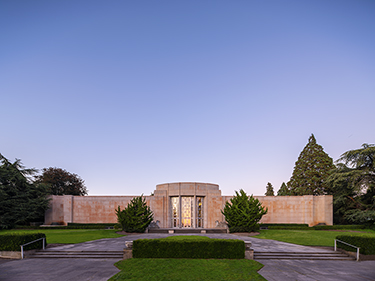 Photo by Tim Griffith [enlarge]
The museum has been closed for three years for the $56 million renovation.

The original art deco building, built in 1933 and designed by the architectural partnership of Bebb and Gould, featured the Fuller Garden Court and dramatic entry lobby.

LMN’s design adds the Park Lobby, which creates a circulation spine that helps join the building with the park.

LMN designers said they recognized that Fuller Garden Court was a central hub and pivot point to galleries and the new Park Lobby, which visually connects the museum to the east side of the park. It also creates a vertical circulation system, via staircases, to program spaces and is composed mostly of glass — creating the impression that it is floating in space, according to Pautz and Miller.

A new 2,600-square-foot gallery adds significant space to the museum, and at the same time LMN designed a new education studio, conservation center and community room.

The evolution of the project’s goals spans nearly 15 years, according to Miller. The initial scope of the renovation was limited to mechanical and electrical infrastructure improvements, as well as a seismic upgrade.

The 2008 recession meant that the project would be put on hold for several years. When the museum’s leaders revisited the plan, they expanded the scope to include an addition that allowed more exhibit programming and brought the museum up to contemporary museum standards, Miller said.

Pautz said a key goal for the addition was connecting with Volunteer Park.

“The park is an amazing community asset,” she said, adding that LMN worked with landscape architect Walker Macy. “The addition is a contemporary interpretation of that connectivity to the park.”

The addition opens up new possibilities for exhibits, because the museum now has two wings divided by the central courtyard, she said.

Designers created the effect of skylights by using light boxes — which block out harmful daylight rays but still create a sense of illumination.

The project included facade restoration work for the original building, as well as major upgrades to the building’s interior walls, floors and ceiling elements to modernize the spaces and make them structurally sound. And while the exterior cladding on the addition is different in color and texture, Pautz said it is still compatible with the existing building.

Throughout the design process, Miller said LMN worked closely with the city’s Landmarks Preservation Board and National Park Service.

“The biggest issue was how the addition met the park and related to the park,” Miller said, noting that designers also had input from the Volunteer Park Trust. The input from these sources created “a great sounding board for design ideas,” he said.

LMN designers also worked closely with the museum’s curators, who consulted on how to design exhibit spaces and considerations such as lighting and ceiling heights.

The renovation includes the addition of a desperately needed loading dock and large freight elevator, which will help with traveling exhibits, Miller said.

Miller said the addition will help curators expand the contemporary art exhibits while also including a larger geographic area to include south Asia. 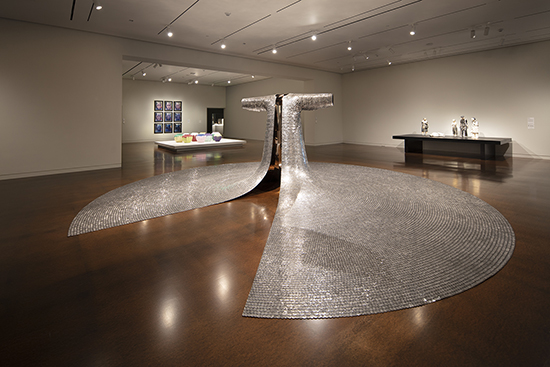 Photo by Adam Hunter/LMN Architects [enlarge]
“Some/One” by Korean artist Do Ho Suh is one of the pieces on display at the museum.

Photo by Adam Hunter/LMN Architects [enlarge]
Park Lobby creates a circulation spine in the back of the museum.

Photo by Tim Griffith [enlarge]
Cladding on the addition is different in color and texture than the existing building, but is still compatible.