Protecting the treasures outside the museum

By LARA ROSE, PAUL DICKOW and HOLLY IOSSO
Special to the Journal 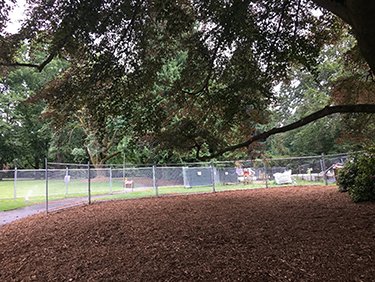 Photos by Holly Iosso/Tree Solutions [enlarge]
A critical root zone was mulched to increase root growth for this copper beech tree after an asphalt footpath was removed. 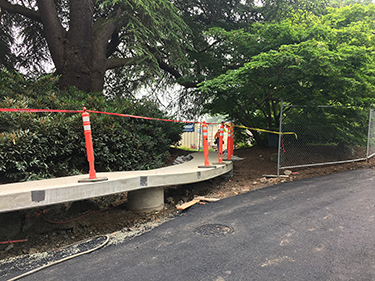 [enlarge]
Crews built this elevated walkway to bridge over structural roots of an exceptional deodar cedar. 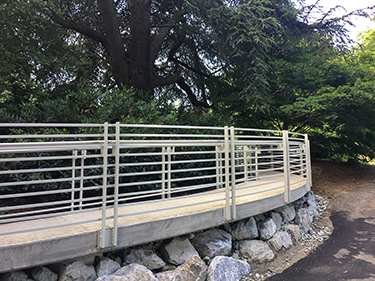 Volunteer Park is special: Designed by the Olmsted Brothers in 1903, the nationally prominent landscape architecture firm that planned Seattle’s park system, it is one of the most loved and intensively used parks in Seattle. Towering trees, gently rolling lawns, and paths that wind alongside flowering borders provide a range of immersive experiences, allowing visitors to move seamlessly from one area of the park to the next.

The Seattle Asian Art Museum sits at the top of the park on the boulevard above the reservoir, commanding the most significant view over the city.

Although most visitors assume the museum is original, it was added to the park in 1933 — an addition strongly protested by the Olmsted Brothers. Nonetheless, the museum landed in the park with a gracious entrance fronting the park’s boulevard, and both the park and the museum are listed on the National Register of Historic Places.

Later additions to the museum left it with a hulking backside, and service to the building had been situated so that visitors arriving from the east on one of the park’s historic paths now passed directly through the loading area and up the driveway.

This museum renovation and expansion project raised an important question: Given the substantial change that had already occurred in this area of the park, what is the right way to preserve the original design intent?

Walker Macy and Tree Solutions collaborated with the architectural design team and worked closely with the Seattle Art Museum, Seattle Parks and Recreation, and numerous community and advisory groups — including the Volunteer Park Trust and Friends of Seattle’s Olmsted Parks — to address these questions. Our approach was grounded in an understanding of the park’s original design and intent, modifications that occurred over the next century, and patterns of use that deserve to be retained in balance with the museum’s expansion.

The renovated entrance terrace now provides two universally accessible paths to the museum’s front door, an important improvement over the existing design. Gently sloped and laid out in graceful curves, the symmetrical paths are inconspicuous and comfortable.

Early in the design process, we explored several different ideas for the landscape on the east side of the museum, including a small terrace area and more extensive work that would have restored the open lawn in the original Olmsted plan. Eventually, we arrived at an elegant and deliberately understated approach to preserve the park’s trees and restore circulation throughout the park.

We designed this area to feel as if it had always been there. We addressed the poor transition from park to museum with human-scaled plantings, additional trees and subtle regrading similar to the original condition. The final design achieves continuity between historic and contemporary forms, preserves the park’s grand trees, and restores a cherished footpath to provide intuitive circulation across the park.

Trees are the heart and soul of Volunteer Park. Majestic cedars, beeches, hemlocks and redwoods reign over the grounds, enchanting newcomers and regular visitors alike. When expansion of the Seattle Asian Art Museum was planned, Tree Solutions was engaged by the design team to ensure that these towering treasures would be preserved.

One of the objectives of the museum renovation was to add a climate-controlled environment that would aid in the preservation of Asian artwork. Our mission was to protect the existing treasures on the outside of the museum.

During design, Walker Macy and Tree Solutions coordinated closely to develop preliminary pavement details that could be adapted to a range of conditions in the field. Tree Solutions determined where the bulk of roots were present and where and how building expansion and accessible pathways could be sited safely. They bridged the gap between design and construction and were heavily engaged in on-site work.

Some of the tree-friendly solutions developed by the design team and Tree Solutions included:

• Preservation of a 53-inch-diameter beech tree that takes center stage for museum visitors, viewable through a wall of windows on the second floor of the addition.

• Creation of an ADA ramp using drilled piles for support rather than a traditional footing to minimize impacts to structural roots.

• Modification of finished grades during installation for the new gravel footpath through the park, which minimized root cuts.

• Removal of an asphalt path beneath a 66-inch-diameter copper beech tree (a heritage tree that is the largest of its kind in Seattle). The soil beneath the tree had been compacted previously from maintenance vehicles and pedestrians. Following the path removal, the soil was decompacted using compressed air, while organic matter was incorporated throughout the area.

• During the project, the scope expanded to include path improvements beyond the museum’s limit of work, mitigating for park real estate given over to the expanded museum footprint. Walker Macy upgraded existing paths in the greater Volunteer Park circulation system, realigned non-original paths to better align with the original Olmsted park plan, and added a new path where a historic one had been lost, working closely with Tree Solutions to limit impact to the park’s large trees.

When the museum opens this month, it will sit amidst a beautiful natural setting that is the result of many hours of work aimed at making the landscape appear effortless and untouched. Take a moment to consider the trees, stroll through the park in bloom, and admire the way the museum has opened up to bring the experience of the park inside.