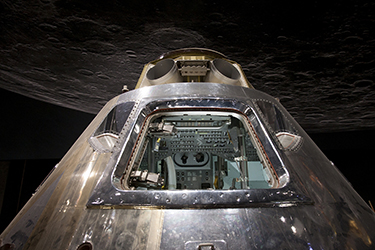 [enlarge]
See a collection of costumes and props from the new film about Neil Armstrong at the Museum of Flight.

SEATTLE — The Museum of Flight is showing an exhibit of costumes and props used in making the new movie “First Man.”

“Behind the Scenes of First Man” opens today and runs through Thursday, Dec. 20. The exhibit includes costumes worn by actors Ryan Gosling (as Neil Armstrong), Claire Foy (as Janet Armstrong) and Corey Stoll (as Buzz Aldrin), as well as models and filmed commentary with the actors.

Space artifacts from the 1960s also are on display in the Museum's “Apollo” exhibit.

“First Man” is based on James R. Hansen's book “First Man: The Life of Neil A. Armstrong.”