The federal EB-5 program has become a big factor in the Seattle real estate scene in recent years. Some of the biggest projects in the region are being financed using EB-5 funds. The program allows foreign investors a path to U.S. citizenship in exchange for an investment of $500,000 or $1 million. The program requires that every project create a certain number of jobs — direct or indirect. The Buzz sat down with Joseph Walsh, CEO of United States Regional Economic Development Authority, a Boca Raton, Florida-based company that focuses on investment-based immigration. We talked about how the program can work for smaller projects, and the changes he sees on the horizons. Answers were edited for style and length.

Q: Why has the EB-5 become so popular among real estate developers lately?

A: Many foreign investors made their money in real estate. Since that's where they made their money, they're comfortable with that, as opposed to a factory or some other innovation. From a real estate developer's point of view, you're trying to figure out what a piece of property is worth if everything goes wrong, and you try to look at the downside. They try to figure out where that number is, then the rest of the dollars are EB-5. They diminish the risk with an EB-5 process. It's not a better interest rate, but it's a diminished risk equation.

Q: How can EB-5 be used to finance projects and create jobs in rural areas and small towns, and not just in big cities?

A: When EB-5 was designed, the thought was if we're going to create jobs, often more jobs need to be created in rural areas or small towns. Generally in the world everyone lives in large metro areas. It's causing congestion. It's causing problems. And in this particular instance, the spirit of the law was to make it possible for smaller operations in smaller localities to create a new job opportunity.

Real estate projects in small towns are often troublesome in the EB-5 world because you don't create enough jobs in a small factory because they become highly mechanical. What happens in the small towns is often the jobs are created around particular projects that require a lot of end operations that are a job but not really a career. You'll see people using that for feeder stock or you'll use them for beef production or sometimes for infrastructure deals.

We have done a few deals where we're trying to use highly-innovative products. We have one that we call Highland Global Solutions. It is a small project of $8.5 million. They are developing housing that is relatively inexpensive. We would like to see EB-5 do more of these kinds of projects because that's where you have what I call the multiplier effect. The multiplier effect is when you develop a new technology like this, and it works, you can do quite well, and we get a lot of exports. As an example, Nigeria is doing the first 100 homes but if that works they'll do 1,000. All of the technology and expertise comes from the U.S., and most of the money is made in the U.S. The materials will come from the area where the houses are built. We have always been the ‘how to' country, with an ability to solve problems. This is EB-5 funded and is ongoing right now; starting with 70 or 80 employees.

Q: Some say that EB-5 investors are only looking for green cards. Do you see that as being the case?

A: Let's fist strip out the concept of investment. Financial immigration is probably a better way to say it. What you find out is that they want the American Dream. They want our infrastructure, they want security, they want a home of their own that they can own for more than 50 years and pass it on to their children. They want clean air and clean water. They want good food and lifestyle. The American Dream is still alive and well. It is said that more than two million people in China have a net worth of several million. More than 60 percent of them want to be somewhere else.

If we sell this to them as an investment that's a misnomer. Because they could just put their money in a bank and make more money. With most of the immigrant investor approvals that happen, their financial return is as low as .25 percent to 1 percent. Their alternative is 11 to 14 years to get their family through at a cost of $600,000 to $700,000. With EB-5 they're putting up $500,000 and their wife or child can come. And it's a good program. Now the money gets invested into a project.

Q: Can the EB-5 program work for smaller projects?

A: Because of the amount of money it takes to get all the paperwork together for our average buyer, we handle a lot of paperwork for a lot of the regional centers. Our average is 500 pages per applicant, some go up to 900 pages. Small operations can't decipher 900 pages of documentation; the burden is too great. Now we're starting to make some adjustments because we are becoming more effective. We have to understand that at a certain size, the requirements become too burdensome for a smaller project to work. A $5 million project is very difficult unless you have a very sophisticated system. 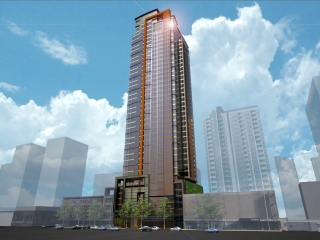 A large project in New York is probably spending $1 million putting the paperwork together. A small project is about $250,000. It could be done cheaper, but to do it properly it's just a tremendous amount of work.

What we have to do in America is recognize the motive of the person and the motives are not around the investment; it's around the green card. If we can make it so that the risk is diminished or taken away then we, the United States of America, will receive a lot more money.

We're going to put them in the best possible projects with the best we could possibly do, but there is no guarantee in any investment.

Q: How should the program change in coming years?

A: Change is sometimes good. We have enough experience in EB-5 to understand what we're really trying to do. EB-5 was based on job creation. The real question is do we want to create jobs or careers? Quite frankly, this is a very good program, and it has been said that there is probably $120 billion in play right now for financial immigration. The U.S. is receiving about $2 billion of that.

Our country really needs to be the most innovative country. It's hard to make green technology work because it's hard to get the money to test all the different variables. If you can do that it's worth trying and investing in that. If the person invests in something like a green technology or in genetics, nanotech, robotics, if they invest in a highly mechanized new factory that's producing some little part that the world wants, and someone is running it from an iPad at home did it create a huge amount of jobs? Not yet, but our exports go up, our knowledge base goes up, and soon you're going to have the best, most efficient factories in the world. Five years from now, when I want a toothbrush, I'm not going to go down to the Walgreens. I'm going to have my 3-D printer in my house, and I'm going to pull something down from Google and it will make one for me; it'll make my kids toys. Is that 10 years, 20 years out?

What do we get from that? You get a multiplier effect. Who would have thought that a kid at Harvard would put “hot or not” on a screen and be a billionaire today. You can't predict that. Nor can I predict which genetics guy, which robotics guy, which nanotech guy in a small factory is going to come up with the technology that universalizes the stuff that's happening. The only thing we have to do is invest $500,000 into an at-risk type of a project, make small loans, sometimes they have lots of jobs, sometimes they don't. But at the end of the day what you get is the multiplier effect that generates more and more jobs.