On the Block: Back to the 'burbs?

It seems like ancient history in these post-coronavirus days.

Four years ago, Weyerhaeuser moved from Federal Way to a gleaming new building in Pioneer Square. That same year, it sold its iconic, custom-built 1971 headquarters to Industrial Realty Group for over $70 million.

I and others wrote many stories about the corporate exodus from car-dependent suburbs to the urban core — so wonderfully dense and crowded, well served by transit, full of bustling restaurants, bars, sports arenas and hotels.

Is that trend about to reverse itself? It already was, pre-COVID-19, according to John Chang of Marcus & Millichap. That firm organized a web panel this week titled “The Shape of Things to Come: Will the Pandemic Accelerate a Suburban Revival?”

Demographics are the driver, said Chang. “A trend to the suburbs was already taking place before COVID-19 came on the scene. We've seen a big migration back out to the suburbs.” The return-to-the-core phenomenon was most pronounced from 2010 through 2015, he said. 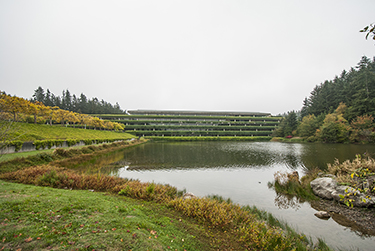 Since then, millennials are “starting to move into a different phase of their life. They're placing new demands on housing and the workplace.”

If that demo want to marry, have kids and be near good public schools, employers and developers will start catering to them.

It's a familiar cycle. “This is very reminiscent to the 1980s, when the baby boom generation was at a similar stage.”

As a result, said M&M's Alan L. Pontius, “We're talking about COVID-inspired accelerators” to a trend that was already in motion.

It's a truism that getting married, paying a mortgage and having kids makes you a bit more conservative and safety conscious. Hygiene and protecting one's young family inevitably figure in a married millennial's desire “not to not take the subway or mass transit to get to work,” said Chang of COVID-19 risks.

Suddenly those boxy low-rise office buildings surrounded by seas of parking lots begin to look more attractive as an investment, said Brandon Huffman of Rubenstein Partners, which is based in Philadelphia. The suburban market was doing fine before, he argued, scoffing at the notion that “COVID was this manna from heaven that was going to save it.”

Picking up on a phrase that everyone's using these days about the pandemic, Huffman reiterated how COVID-19 simply “accelerates and amplifies” what was already happening.

Looking at a long-term comparison chart between the cap rates of suburban office properties (traditionally higher), versus the urban market (traditionally lower), he noted how that spread is compressing. “I think this chart would shock most people. We think those lines are going to cross. This is a substantial recovery over the last five or six years. We think it's going to continue.”

During the early post-recession boom, Huffman argued, “The institutional money left the suburbs about five or six years ago. I expect it to come back. It's cyclical.”

Big investors were then more interested in buying urban office properties. That may change.

Chang prepared the chart, and said, “Now we're seeing that (cap rate spread) collapse even more and tighten up.”

He expects to see more sales and higher prices in the suburban office market, which had “kind of been in stealth mode over the last few years. The pandemic has the potential to take this to a whole new level.”

Before, when Weyerhaeuser, General Electric and other companies were returning to the urban core, suburban office owners realized, “It's really not about parking any longer. It's about creating these micro-urban suburban environments.”

That means more gyms, day care centers, grab-and-go delis and brewpubs for after work — all preferably walkable, on or near the campus. (That's exactly what Microsoft and T-Mobile are now doing on the Eastside with their digs.)

Those who had the money to spruce up and amenitize their big campuses — as opposed to the less affluent individual owner of one small suburban building — are now in a position to benefit, said Huffman, whose firm often does such value-add investing. “There's been a huge shift in amenities, and that doesn't go away.”

Big suburban office parks with big floor plates are far more adaptable not only for amenities, said Genlser's Arnold Levin, but also for new COVID-related safety protocols. “There's going to be a trend not to go back to the old normal of densification.”

Before, the average amount of space per employee was descending to about 130 square feet. That number will inevitably rise, said Levin. “We are not going to go back to that kind of densification. This may not be the last pandemic that we have to deal with in our lifetimes.”

Gensler did a recent survey about how and in what manner office workers will want to safely return to the office (any office, urban or suburban). Only 12% of respondents want to telecommute permanently and avoid the office. Only 44% want to be office-only. And about 70% want to be in the office most of the week (these numbers blend and overlap).

His clients ask: “Is the workplace dead? Do we really need a physical office to come to?” His short answer is: “The workplace is not going to go away. There's going to be a shifting role of the workplace.”

For the next year or two, until there's a vaccine, “We know we're not going to be able to have 100% occupancy.”

In the meantime, he and dePlazaola Abbott foresee rotating teams, meeting days, “flexible reentry,” doing focus work at home, or a scenario where “the physical workplace becomes for the most part a collaboration hub.”

Said Huffman of that survey, “People don't like working remotely full time.” And that 12% that want to telecommute permanently? “That's a very small number.”

Moreover, he argued, suburban office buildings just feel safer than urban high-rises. People are nervous about a crowded bus or claustrophobic elevator, which in a high-rise, he only partly joked, could have a five-hour wait owing to coronavirus restrictions.

Then there's all that parking at suburban office buildings. “It's going to be more important than ever.”

Today, speaking of seas of parking, the former Weyerhaeuser HQ — aka Woodbridge Corporate Park — is still vacant, with Colliers leasing its 337,600 square feet. (IRG has had slightly better luck with the non-office portions of those 425 acres.) Weyerhaeuser's roughly 700 employees are mostly working at home, and will presumably return someday to 200 Occidental, which features open stairs and operable windows. Urban Visions is selling that building, according to Broderick Group.

Pre-coronavirus, it would've been considered a trophy asset in a premium market. And it will surely sell. But when it does, will the old Weyerhaeuser HQ building still be empty?