At the Movies: 'Wonder' is a sweetly sincere message movie 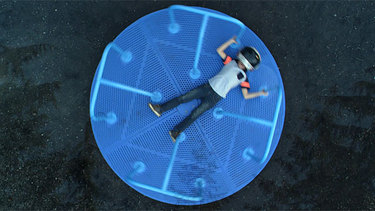 Based on R.J. Palacio's 2012 YA novel, “Wonder” is about a 10-year-old boy, Auggie Pullman (Jacob Tremblay, with heavy makeup), with mandibulofacial dysostosis or Treacher Collins Syndrome.

It's hard for us cynical souls to walk into a movie advertised with the tagline “Choose kindness” and not shudder in trepidation. What sentimental hooey is this? What new hellish circle of cheese awaits now?

And yet Stephen Chbosky's “Wonder,” despite its Hallmark Card appearance, is far from an exercise in emotional manipulation. Even the most pessimistic of us may actually find it charming and genuinely affecting.

Based on R.J. Palacio's 2012 YA novel, “Wonder” is about a 10-year-old boy, Auggie Pullman (Jacob Tremblay, with heavy makeup), with mandibulofacial dysostosis or Treacher Collins Syndrome. His parents (Julia Roberts, Owen Wilson) have homeschooled him up until now but believe it's time for him to enter 5th grade and middle school — a lion's den if ever there was one, especially for a gentle, socially isolated boy with facial deformities despite 27 healing surgeries.

They, along with his older sister Via (an excellent Izabela Vidovic), live (where else?) in brownstone Brooklyn, the epicenter of inspirational tales about precocious pre-teens. Auggie is comfortable around the neighborhood in his astronaut helmet (Halloween is his favorite holiday because of its costume-covered anonymity) but the prospect of school petrifies him. His first experiences aren't reassuring, either. A legitimate science whiz and self-declared “Star Wars” fan, he's nicknamed “Barf Hideous.” Later, rumors spread that just touching him will spread the plague.

The movies, a superficial medium by nature, often put irregular appearances under a harsh microscope. Seldom do we see stories like Auggie's given a close-up. But when they have, the results have often been moving and memorable — like David Lynch's “The Elephant Man” and Peter Bogdanovich's “Mask.”

“Wonder” adds to that lineage but it's not entirely focused on Auggie's tribulations. As the film progresses, it begins to abruptly shift perspectives, reconsidering the point of view of various characters in Auggie's orbit.

After we first experience Auggie's joys and hardships at school (one, it's worth noting, is populated by some dream educators, including Mandy Patinkin as a principal and Daveed Diggs as a teacher), we see the encounters from the other side. After Auggie's first friend (Noah Jupe) betrays him when he thinks Auggie is out of earshot, we get his story. After Via feels overshadowed by her brother, we follow her own struggles in losing a now too-cool friend. She joins the drama club. And we get the backstory of the school bully (Bryce Gheisar), too, revealing parents from whom he learned his behavior.

The result is a clear and straightforward message movie, soaked it empathy. It tenderly evokes both the crushing pain of being shunned and the saving grace of a much-needed friend — for Auggie and for everyone. It's a sincere and valuable lesson in putting yourself in someone else's shoes.

It's not that a tear-jerker like “Wonder” isn't shot through with sentiment, but it kind of miraculously avoids becoming mawkish. Chbosky, a novelist turned filmmaker, has previously shown his delicate touch depicting the hardships and joys of life's early passages in the teen tale “The Perks of Being a Wallflower.”

Late in the film, Via is part of a production of “Our Town,” and there is in Chbosky's film a touch of Thornton Wilder and a feel for the honest everyday rhythms of life. There are plenty of movies in which the fate of the world hangs in the balance, but “Wonder” sticks close to the daily problems of childhood, working through them with sensitivity. It's not as easy as saying “choose kindness,” but it is that simple.