These are tough times for financing major construction projects, and hospitals are finding it just as difficult to come by project dollars as any commercial developer. GLY Construction’s recent experience working under the Federal Housing Administration’s Section 242 health care finance program was not only a first for us, but for the hospital owner and design team as well.

Although the FHA Section 242 program has provided billions of dollars in mortgage insurance to health care institutions across the country since 1968, Highline Medical Center was the first hospital in the state to partner with FHA and participate in the program.

The most notable outcome of this partnership was the construction of the Birch Wing addition and central plant expansion project on Highline’s Burien campus. This recently completed project includes a new emergency department, one multifunctional patient care floor, and an expanded and upgraded central utility plant. 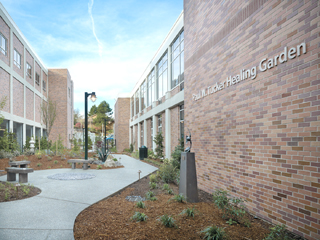 To fully maximize the funding, the building was constructed with an oversized foundation and structure for future vertical expansion, and significant mechanical/electrical/plumbing tie-ins to integrate all the buildings on campus.

Is it worth it? We think so, but the administration and requirements of the approval process can be daunting. A few facts may help you decide whether or not this process is right for your institution.

The essence of the FHA 242 program is this: Your private financing is insured by the federal government. In Highline’s case, they sold bonds to finance the new construction project as well as consolidate existing mortgage debt.

One outstanding benefit for health care institutions is that credit enhancement may be achieved through this process. This can increase the marketability of the bonds for sale and generate more interest from buyers.

Also, bond financing rates are typically lower when the federal government is the insurer. The main benefit of this program may be that it allows institutions to borrow more money at a better rate than they might be able to receive from a commercial lender.

So do you qualify? The mortgage insurance is available for a broad range of projects: new construction, refinancing, modernization, remodeling, equipment or expansion. The facility must be an acute care hospital, with restrictions on the percentage of patient days devoted to specific conditions such as drug and alcohol rehabilitation, mental conditions and so on.

You must grant the FHA-insured lender a first mortgage on the entire hospital and make monthly payments into a mortgage reserve fund that builds a balance equal to a certain percentage of debt service. Finally, the hospital’s average operating margin over the last three fiscal years must be at least zero, and the average debt service coverage ratio must be at least 1.25. 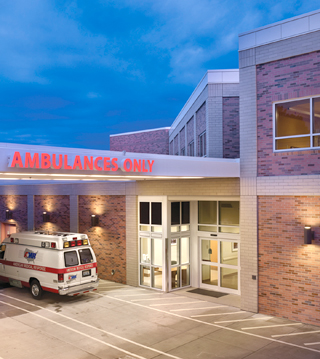 [enlarge]
Under the FHA program, mortgage insurance is available for a broad range of projects, but the facility must be an acute care hospital.

If the decision is made to pursue this route, it is critical to assemble a team that will fully support the effort and each other throughout the process. A determined effort, a dose of patience and a sense of humor don’t hurt either.

If you meet the qualifications, what are the potential roadblocks? In Highline’s case, bad timing was almost a major factor.

As Highline Medical Center was set to procure project financing in August of 2008, markets began to crash. With a little luck and hard work from the people involved, bonds were sold and the project advanced. That was fortuitous, considering that we had been authorized through early approvals to proceed with specific construction activities like cutting and capping of utility services, site grading and building demolition.

In the end, the team’s decision to start early without full financing in place reduced the risk because we were able to complete major site activities in the driest months of the year, ultimately positioning the project to be completed on time and on budget.

The contract presented another challenge. Customizing a federal contract simply requires longer negotiating time. It was more difficult to modify standard language, and the process is more rigid and less flexible than you may be used to.

We made long lists of questions to be answered — some were answered and some were not. We were able to negotiate/moderate some terms and conditions, though not all by any means. (There was no budging on liquidated damages, for instance.)

On this project, the general contractor’s role was to act as construction manager, leading the team through the myriad of requirements as part of the preconstruction effort, and helping to figure out how to maximize the project that could be built with the dollars Highline was able to procure.

Next steps were to agree on a maximum allowable construction cost/guaranteed maximum price, and to move into construction. This process was very similar to Washington state’s alternative public works RCW 39.10 statutes, but it had a nice balance of privately negotiated project elements as well.

Keep in mind there are 100-page guidelines to read, with lots of footnotes and references to other documents, and multiple forms that need checking and double-checking. These are perfect jobs for the “detail person” on your team.

NAC Architecture assisted Highline with tracking down information, and provided schematic design drawings and specs as part of the submittal.

“The FHA 242 program added another layer of review and documentation to the design and construction process, but it was not a significant burden,” said Dan Jardine, a principal at NAC.

“The FHA representative assigned to the project was very helpful in assuring compliance with all of the program requirements. In the end, it was a good experience and certainly worth the effort to secure this valuable project financing assistance for the hospital. We look forward to helping our clients with this service in the future.”

In the end, a beautiful health care facility with a new ER was designed and built at terms that gave the hospital the biggest bang for their buck. The Birch Wing opened at the end of March, and is now nearing the end of final endorsement process, which is essentially the financial closeout of the project.

When health care institutions and their foundations know there’s a major construction project in their future, they should incorporate investigating the FHA as a potential financial resource early in their initial planning, especially if markets continue to be volatile and unpredictable. There are multiple websites to access (searching the term “FHA 242” will take you there), and now a successful example in the greater Puget Sound area to reference.

The extra work involved will be more than worth it if it moves the project forward and makes more construction dollars available, which can buy even more product in a down economy and provide greater benefit to our communities in need of quality health care.

Jim Elliott is a principal with GLY Construction. His special expertise is in health care construction.