By THULASI NARAYAN
Paladino and Co.

Seattle Pacific University is a private college with more than 4,000 students in the heart of Seattle. As a Christian university, SPU considers sustainability to be both an environmental and social justice issue, and has long considered responsible resource use part of its mission.

“SPU has increased our push toward environmental stewardship in recent years,” said Bethany Davis, sustainability coordinator at SPU. “With a goal of becoming climate neutral by 2036, sustainability is a priority, and every step to address energy saving gets us closer to this goal.”

Through a carbon footprint analysis, SPU found that its most significant source of direct greenhouse gas emissions was through natural gas use in its facilities. So the university set a short-term goal to reduce natural gas use by 20 percent. 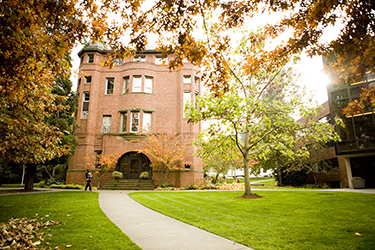 Building commissioning is typically implemented during construction, and is the process of verifying that the building and its systems are constructed, installed and operating as intended. When applied to an existing building, this process is called retro-commissioning, or retro-Cx.

SPU needed insight into its existing buildings, so it enlisted a consultant to conduct energy analysis and retro-commissioning for 25 campus buildings out of its 95-building portfolio.

“Retro-Cx can identify and resolve energy issues that have existed since the building was constructed or that later emerged,” said Dev DuRuz, commissioning agent from Paladino and Co. “Its value lies in keeping occupants comfortable, uncovering opportunities for better energy efficiency, and serving as the basis for ongoing improvement.”

Typically, the retro-Cx process is manually applied, building-by-building, and includes a thorough audit of the building systems, interviews with operations staff and occupants, and the creation of targeted facility improvement measures.

With 25 buildings selected for the retro-Cx program however, SPU needed a faster and more cost-effective approach.

Bringing it all together

Like many campuses, SPU’s building portfolio represents a diverse mix of ages, condition, use types and construction methods. A campus-wide commissioning approach was implemented to take advantage of common building characteristics and practices of the operations team, while allowing SPU to address building-specific challenges.

The effort required the input of SPU’s utility providers, students and staff who occupy the buildings, and facility staff who manage the buildings. To begin, SPU and commissioning agents conducted occupant comfort surveys, reviewed building documentation, and conducted walk-throughs to evaluate the portfolio.

The team then grouped buildings by program — such as residential, office or classroom — and then established a mean energy use intensity (EUI) for each building type, based on utility data and information from the building management system. By establishing a mean EUI and plan for each program, the team could identify outliers and determine strategies to reduce the EUI to the target for each building type group.

Through a partnership with Seattle’s Smart Buildings Center, SPU piloted Buildpulse, a cloud-based analytics platform. The system allows building owners and operators to unlock the data in their existing building automation and control systems regardless of brand. It uses more than 70 sets of automated rules that run across normalized building automation systems (BAS) data to identify energy saving and operational improvement opportunities.

Leveraging the existing BAS network and sub-meters installed previously at the SPU campus, the pilot system automatically and continuously captures all system and building level performance data in real-time with a granularity down to 15 seconds for all buildings. Data is then sent automatically to an online dashboard to determine the portfolio’s performance and ultimately streamline the benchmarking process.

In addition to system performance, utility consumption data captured from sub-meters presents real-time EUI information. All of the BAS data is captured and permanently stored in the cloud.

Once the mean EUI for each program was established, the team identified which buildings in each group were performing well and which needed to boost performance. A set of possible strategies linked directly to energy and carbon reduction impacts were established for each building to rectify issues.

Per a predetermined plan, site commissioning was conducted targeting the strategy to ensure data integrity. Using smart sensor data to supplement commissioning practices across the portfolio, the team was able to detect several energy wasting issues. For example, Alexander Hall, an 11,100-square-foot building constructed in 1893 and undergoing renovations, was the first building where smart sensor data was deployed. Through the collection of the building’s HVAC point data, automated reporting identified variable refrigerant flow (VRF) units running 24 hours versus the intended BAS schedule of 8 a.m.-6 p.m.

A commissioning engineer supervised corrective action and confirmed that after a BACnet gateway was reprogrammed, the VRF units were enabled in the occupied mode from 8 a.m.-6 p.m. as specified.

A natural gas-fired central boiler system that serves four SPU buildings was also monitored. Six additional energy saving opportunities, including detection of issues with the duct heater and loop pumps, were identified through a review of the data using smart sensors as an analytics tool.

Optimizing set points and maintaining operation schedule reduced building energy use and operational costs significantly. By detecting these issues, energy savings generally exceeded retro-Cx costs by a factor of five. When factoring in labor costs, an estimated $15,000 was saved as opposed to the traditional retro-Cx engineering and subcontractor coordination process.

Simple changes, such as setting back the temperature in unoccupied space by 10 to 15 degrees for eight hours, can save SPU up to 15 percent per year on a heating bill — or as much as 1 percent for each degree.

“Conserving energy is a no-brainer,” said Dave Church, assistant vice president for facility management at SPU. “It’s our obligation as an institution, as citizens, and as responsible operators of a university.

“The results of this effort affirmed that conservation can have a major impact without causing major disruption,” he said. “We look forward to taking this same smart approach to sustainability further in the coming year.”

Thulasi Narayan is a senior consultant with Paladino and Co., a green building and sustainability consulting firm.