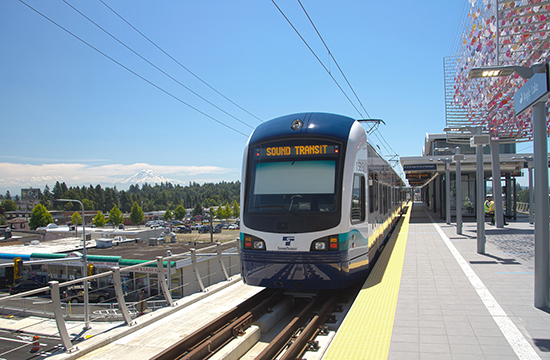 In November, 54 percent of the voters in King, Snohomish and Pierce counties approved a $54 billion, 25-year update to Sound Transit’s regional high-capacity transit system (HCT) plan — aka ST3 — that will enhance connectivity and provide reliable transit options as well as a strong, supportive infrastructure. But this critical vote didn’t happen in a vacuum.

Months earlier, Sound Transit tapped WSP/Parsons Brinckerhoff and EnviroIssues to help build the foundation for an update of Sound Transit’s long-term regional HCT system plan. Originally adopted in 1996, the plan has needed updating over the years, and its progress was approved by the public.

The vote this past November ensures the continued growth of Sound Transit’s “spine,” connecting major cities in the region from Everett to Tacoma, and to Redmond and Issaquah on the Eastside.

The new ST3 revision of the HCT plan includes a range of transit investments that will add 62 new miles of light rail, introduce new bus rapid transit service, expand Sounder commuter rail, and provide additional facility and service improvements. These improvements are projected to reduce annual auto vehicle travel in the area by 362 million miles by 2040, resulting in a reduction of more than 130,000 metric tons of emissions annually.

WSP/Parsons Brinckerhoff was the prime consultant, leading a team of seven firms to complete the transit and transportation planning, conceptual engineering, cost estimating, financial analysis and ridership forecasting for the ST3 effort. Then it was up to EnviroIssues to convey to the public how the engineering and technical information — and resulting system updates — would improve their lives.

EnviroIssues developed an interactive, web-based communications tool to engage with community members throughout the plan development process. More than 183,000 unique users visited the website. Nearly 35,000 people across the three counties responded to an online survey, and some 500,000 people viewed an advertisement for the plan via social media.

Sound Transit’s Ric Ilgenfritz wrote, “The planning, design, and cost estimating efforts conducted by the WSP/Parsons Brinckerhoff team enabled us to put this plan together efficiently and confidently, while the public involvement and communications set the stage for us to quickly launch project implementation in the coming months.”

Awards judge Jeff Carpenter said, “This study updated and validated Sound Transit’s bold plan for the Puget Sound light rail. It laid the groundwork for a successful funding campaign which received the approval of the voters.”