Let a developer build your school

Schools in Washington state are facing serious financial deficits. While administrators are focused on program cuts, in many districts they are also grappling with the need for new school construction and renovation as the result of rising student populations and aging, often seismically vulnerable, facilities.

School districts receive revenue from three primary sources — state funding, tax receipts and federal grants, with the majority of funding coming from the state (about 70 percent). Major capital construction projects are typically funded at the local level through school bond measures. With state budgets stretched and local property tax revenues plunging with property values, funding sources are shrinking fast, and the environment for passing new levies is only going to get more difficult.

Yet children still need physically and educationally sound facilities to house their education. What are administrators to do? 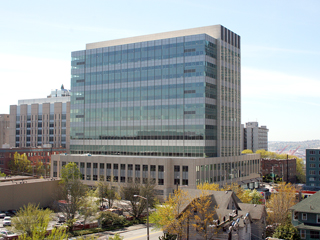 One practical solution is to take a look the costs of major school construction projects in the state, even the best of which are alarmingly high. School administrators are under great pressure to stretch school dollars to achieve maximum benefit for the greatest educational output.

To date, this pressure has been focused primarily on operating budgets. A similar focus should be placed on facility costs.

Much work has been done by local governments in finding alternative means to more efficiently build public facilities in Washington and throughout the county. It is time to look at these efforts in local school construction.

While examples of the high cost of facility development are all too common, the case of the Marysville Getchell High School is illustrative.

The high school is slated to open in August. It has been praised in the local press as a success, in that it is expected to be completed both on time and under budget.

Within the current means of school development and the design-bid-build method, it is clearly a success story. The budget includes a $79 million bond issue and $19.4 million of state funds for a total budget of $98.4 million to build the 193,000-square-foot school. Dividing the total cost of the project by the number of square feet yields a per-square-foot cost of $510.

This may be good in the world of school construction, but it is not reasonable in private construction. In fact, the recently built Ninth and Jefferson building at Seattle’s Haborview Medical Center was built for $431 per square foot and is a 444,000-square-foot high-rise medical office building with underground parking. Marysville is not a bad example of school construction practices, it is just a typically expensive example.

Throughout the state, construction projects funded through private-public partnerships have been delivering amazing results, and there is no reason this approach can’t be used to save millions on school construction.

Since 2000, nearly 20 public projects have been completed using the 63-20 bonding process, which allows municipalities and state governments to leverage the skills and efficiencies of private developers and minimize financial risk by barring cost overruns. The results are often 15 percent to 50 percent cost savings of the total project cost.

Typically with a 63-20 lease, it is a nonprofit entity that issues the bonds and oversees the hiring of the private firms to construct the project, bypassing a lengthy, costly and highly regulated public building process. The nonprofit then owns and leases the building to the municipality for a 30-year period, at the end of which ownership is handed over at a little to no cost.

The Ninth and Jefferson Building is a great example of the virtues of the 63-20 approach.

Originally, King County began building out the project using the traditional design-bid-build method, the most common approach employed in school construction. But before the foundations were completed, the project was well over budget and King County cancelled the contracts.

By starting again with a 63-20 process, we were able to help the county redesign the building to better meet their needs, ultimately building a bigger, more efficient facility, cutting the cost per square foot in half and saving the county $30 million.

Unlike the existing public works process, which relies on the lowest bidder, 63-20 would allow schools to work with private real estate specialists who can deliver superior design more efficiently and at great cost savings.

The situation for school districts and many municipalities is the same — they have many obligations and pressing demands and increasingly limited resources. Neither is an expert at constructing buildings and both can greatly benefit from a financing model that allows them to leverage the skills and know-how of the private sector.

Ultimately, such an arrangement could help us build and restore better school structures in less time for less money.

John Finke is the senior regional director of the National Development Council, a New York City-based nonprofit organization that has overseen close to 20 63-20 projects in Washington state.