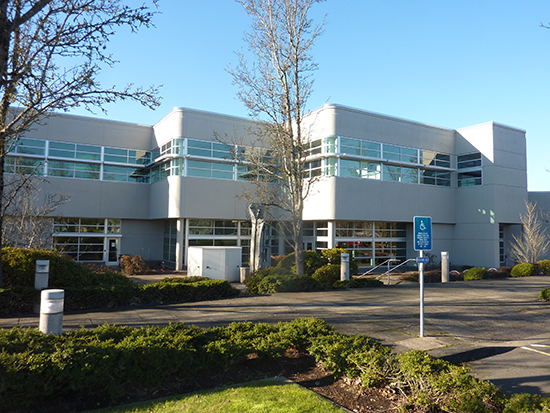 One half of the existing 31,000-square-foot structure consisted of concrete walls of stucco and an exterior insulation and finishing system (EIFS). The other half had existing stud framing with gypsum sheathing, EIFS and stucco.

The entire facade was removed down to the concrete and stud framing. The existing concrete walls were crooked with variances of almost 5 inches.

The structural engineer designed a special “Z-furring” system with adjustable clips to gain flat and plumb walls. All faces of the structural Zs and studs were covered with DensGlass Gold, and a weather barrier was applied before the final level of Z furring.

The end result has a similar appearance to the former facade and is designed to keep water out of the building.

Judge’s comment: “Imagine a 100-year-old Sears with multiple uneven additions on sloping elevations and a 25-year-old unmaintained EIFS exterior being updated and used as a state agency. With dogged determination, Billings & Cronn produced a pristine project beyond the state’s expectations.”