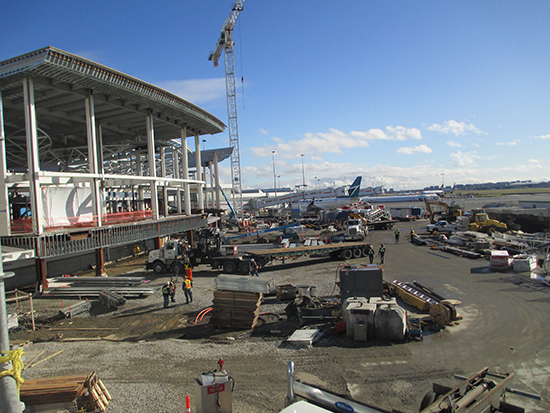 The A-B Connector includes seismic upgrades and an expanded gate capacity to accommodate Boeing 787 Dreamliners. An expedited baggage system to move luggage between international and domestic flights will be operational by spring 2016.

Judge’s comments: “(Vancouver International Airport) is rated as the number one airport in North America and for good reason. The A-B Connector highlights an open design and premier installation, creating a spectacular addition to this world-class structure. Congratulations to the design and build teams for creating a vibrant new space for domestic travelers.”