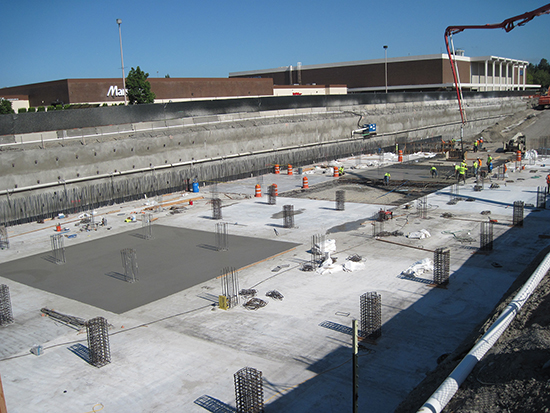 The 6.5 million-gallon vault is 533 feet long and 123 feet wide — bigger than a football field — and has an average clear height of 17 feet.

Several construction alternatives were evaluated by the design team and the client. The city of Redmond decided on two cast-in-place concrete rectangular cells for many reasons, including leakage and seismic design.

The substructure is buried approximately 4 feet below grade, beneath a parking lot that will later be converted to a plaza.

Some of the major challenges for the project included the constrained site, permanent structural support system, concrete shrinkage and leakage control, and settlements and differential settlements during and after construction.