AGC/Moss Adams Service to the Community 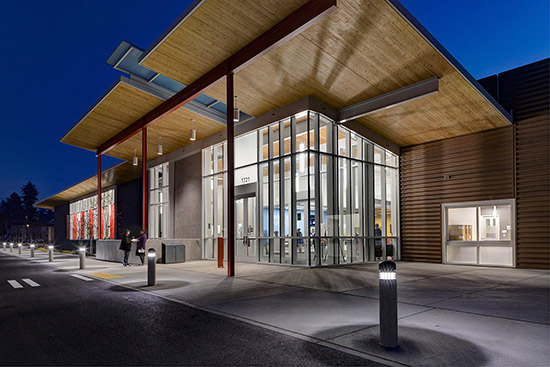 Korsmo Construction of Tacoma won the 2019 AGC/Moss Adams Service to the Community award for its Eastside Community Center project.

The project has become a shining example of how Korsmo goes above and beyond to support communities in need. Tacoma’s historically underserved Eastside neighborhood desperately needed a community center.

The 55,400-square-foot facility includes a natatorium with party rooms, locker rooms, a gymnasium with an indoor track, exercise rooms.

Korsmo incorporated in-kind donations and labor to save costs and our team organized a charity golf tournament to benefit the project.

“Their belief and commitment to this vital community project went beyond our expectations,” said Bryan Flint, executive director of Metro Parks Foundation. “Their project manager, John Cross, organized a charity golf tournament to support the project and the Billy Ray Shirley Foundation. Korsmo was a lead sponsor for several of our annual fundraisers. It is clear in working with Korsmo that the commitment to the community and quality work starts at the top.”

Korsmo reached out to The Boys and Girls Club and First Creek Elementary School, offering tours during construction to build excitement for the project and provide a learning experience. Teens were exposed to trades such as electrical, plumbing and carpentry to show them career opportunities within construction.

“Metro Parks Tacoma needed a contractor that could not only deliver an excellent facility, but genuinely connect with the community. Korsmo went the extra mile on many occasions to ensure the facility was constructed and operates as intended and, for that, the community will be forever grateful,” said Dave Lewis, ECC project manager and Metro Parks deputy director.