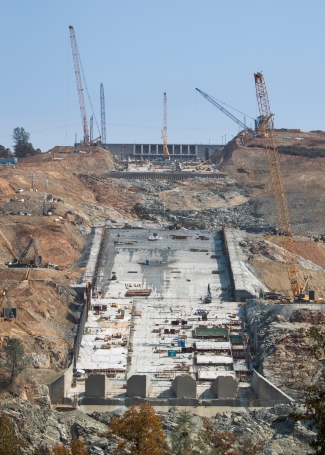 A towering spillway at the nation's tallest dam was crumbling, and tens of thousands of people were fleeing for their lives. But as darkness fell, state officials realized dealing with the unfolding crisis in Northern California was about to get even worse: They couldn't see.