The battle is not over yet, but the end is likely in sight.

In the DJC’s green-building special section last year, Meghan Douris with Oles Morrison Rinker & Baker asked if LEED’s future with the federal government was under threat. A year later, it seems clear that LEED has a long future locally, nationally and internationally.

It is not that LEED won some rating system contest, which many people, both for and against LEED, think is the issue of the day. LEED will be around for a long time because the organization that sponsors it, the U.S. Green Building Council, is keeping its family of green-building rating systems abreast with the truly critical issues of the day, and working hard to assure that owners of LEED buildings are getting real value from their projects.

At the GreenBuild 2013 conference in Philadelphia, a panel on the use of certifications in federal programs did a good job of addressing Douris’ question. 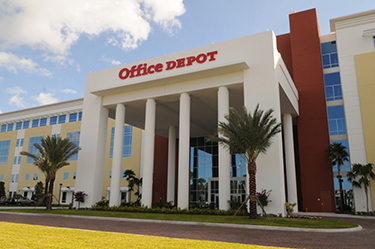 The session focused on the impact of the recently completed evaluation of green-building rating systems for federal projects, which came about in response to concerns about the performance of LEED buildings and pressure from organizations opposed to LEED. Panelists from the General Services Administration and the U.S. Navy both identified the high performance and sustainable building (HPSB) guiding principles as “mission critical” and saw rating systems as important assets for meeting them.

The session reviewed the results of the evaluation and public comments and the recommendations published last year by the GSA Green Building Advisory Committee. The recommendations are that agencies use a third-party system (they list only two systems that meet their standards), use the credits that align with federal and agency requirements (i.e., use the rating system explicitly to achieve desired performance, not as an end in itself), pick one system per agency and stick with it, and stay current with rating systems as they are updated. Both agencies on the panel use and intend to continue to use LEED.

This is the critical point, however: The value, quality and performance of the resulting building is the goal, and rating systems like LEED are powerful tools to guide owners and project teams to achieving that goal. If the desired performance is not recognized from the use of a given rating system, then the rating is not relevant and the rating system not a useful tool.

The two systems identified as best supporting the HPSB guiding principles were LEED and Green Globes. It is important to note that the federal evaluation will be repeated on a regular basis, and that the federal government’s needs and standards for better performance are the driver for rating system selection.

This is a note of caution for both LEED and Green Globes that their systems must create value and better performance to stay in use on federal projects.

So how is the USGBC assuring that LEED brings owners the real triple bottom line benefits of green building? The organization has actually been working on this issue for quite a long time, which may explain why they were a bit testy at the criticisms lobbed at LEED over the last few years.

It is true that many early LEED projects had mixed results in terms of performance. Fortunately USGBC has addressed this concern in several ways, first in the launch of LEED 2009 and now with LEED v4, which opened for registration in November. For example:

• Since the launch of 2009, LEED projects are required to provide five years of performance data on energy and water use. This will result in a large, robust and transparent data pool by which to evaluate both LEED and particular strategies, allowing continuous improvement in rating system design and enabling the green building industry to better articulate the value of green building. (This data is shared via Green Building Information Gateway, a publicly accessible data pool developed by the USGBC.)

• With each new version of LEED the USGBC continues raising the minimum performance requirements in pace with national standards like ASHRAE.

• Unlike the existing LEED certification plaque, which reflects a snapshot in the long life cycle of a building, the new LEED dynamic plaque will tell the story of the building’s ongoing performance, effectively integrating LEED for New Construction with LEED for Existing Buildings without a need to repeatedly apply for recertification.

Ahead of the market

The USGBC is also tackling new issues in the field of sustainable building, particularly the issue of transparency in how building materials are made and what they are made of. In this area, the Living Building Challenge and LEED v4 are ahead of agencies and much of the market, which is in line with their missions of market transformation.

This effort is perceived by many in the raw and building materials industry as a threat, and is providing new impetus for LEED critics to try and derail its progress. An objective view, however, reveals that the concepts behind these new credits are performance-based as well.

Despite claims by some companies in the raw materials industry, the new LEED materials credits don’t necessarily favor one material or product. What they do favor is providing consumers with information to make informed decisions (through transparency requirements), and then selecting materials that are manufactured with less impact on the environment and fewer ingredients that might impact human health (by awarding additional points).

Because LEED is breaking new ground by developing protocols to achieve these lofty goals, there will be hiccups along the way, which could have real impacts on the near-term bottom line of building materials suppliers.

Some level of concern and caution is justified, but it should not be used to undermine the significant benefits LEED has evidently brought users like the federal government, or to keep building owners and occupants from finding even greater value in the future.

Many materials manufacturers have chosen to collaborate with USGBC and other groups leading the charge for transparency. At the GreenBuild materials summit, BASF, Teknion, Interface, Construction Specialties and Herman Miller — to name a few — publicly embraced the idea of transparency.

One only has to look at recent efforts by such corporate giants as Office Depot and Walmart to see that supply-chain transparency is a concept that has come of age as an effective strategy to manage risk from a wide range of perspectives — environmental and human health impacts among them.

There are many signs that private industry and public agencies want verifiable, measurable results as they integrate the benefits of green building into their financial models and critical organizational missions. They want long-lasting value from green building.

The USGBC knows it is essential to keep LEED relevant in this market, and they clearly intend to stay ahead of the curve and LEED’s critics by focusing on the performance of all facets of a building. In fact, articulating the broad values that a greener built environment delivers, and providing consistent, reliable performance is the best response the green-building industry can make to the fading but ever-present threat of backlash against rating systems.

Elizabeth A.D. Powers is a principal at O’Brien & Co., a Seattle consulting firm committed to the creation of a sustainable built environment.