Seattle is often referred to as a city of neighborhoods. Our city boasts incredibly rich and diverse neighborhoods, often with deep cultural roots. While roots run deep across multiple generations for lifelong Seattleites, for many more newcomers these roots are just being established.

For the past three consecutive years, Seattle has ranked among the top five fastest growing cities in the country. To put our city’s transformation in perspective, U.S. Census Bureau data shows that approximately 42 new people are arriving in Seattle each day. For several years now developers have been trying to keep up with the rising demand for housing from this wave of new residents.

According to research by Dupre + Scott, Seattle is set to see almost 10,000 new apartment units open in 2017, nearly twice as many as in any other year in the city’s history. That number will be even greater next year, with more than 12,500 apartment units projected to open in 2018.

As stewards for the built environment in a city experiencing an incredible amount of population growth, development and change, it is incumbent on us to find ways to preserve the rich heritage of our city’s unique neighborhoods while also embracing this change. Moreover, this change also requires that we remain sensitive to preserving pertinent neighborhood characteristics and identity. 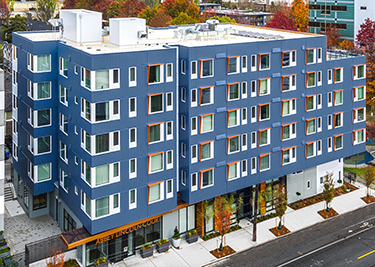 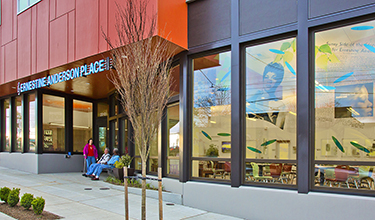 What steps can we as design professionals take to ensure this happens?

First and foremost, we must become engaged and part of the community. The buildings we design today will live on long after we are gone. We have a responsibility to collectively push the boundaries, foster a stronger sense of community, and aim to have a broader positive impact on our city’s many distinct neighborhoods.

The only way we can achieve these goals is by doing our homework, becoming intimately familiar with the history of each neighborhood, speaking directly with residents, and holding workshops with community members to incorporate their feedback into a project’s design.

Above all, proper acknowledgment that our city’s neighborhoods have distinct characteristics that are to be embraced and honored — not eroded — represents a fundamental step toward appropriate and thoughtful development.

Thoughtful design necessitates balancing the social, economic and environmental interests of each project. This requires listening to the community, building consensus, and recognizing each neighborhood’s heritage and cultural identity, and weaving these elements into the new built environment.

The examples that follow illustrate three distinct mixed-use projects designed for three completely different neighborhoods, each with its own unique history and facing evolving changes.

From the 1920s through the 1950s, the South Jackson Street corridor was the epicenter for Seattle’s jazz scene primarily because of its proximity to the local African American community. 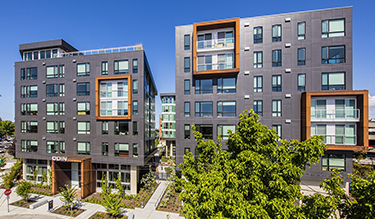 [enlarge]
Odin Apartments hark back to the Ballard neighborhood’s Nordic roots with a traditional Scandinavian white brick base. 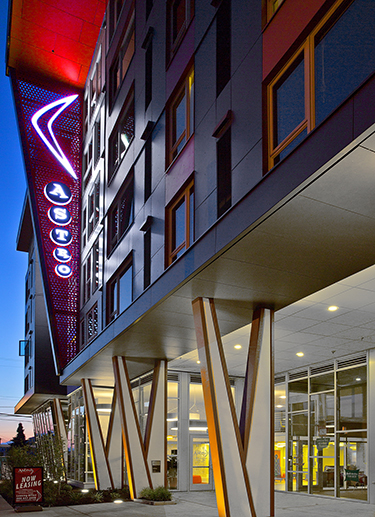 [enlarge]
In the evolving Lower Queen Anne neighborhood, Astro Apartments draws inspiration from the 1962 World’s Fair that ushered in the Space Age.

The community’s jazz roots and the legacy left behind by these two exemplary women is apparent throughout the two properties. Abbey Lincoln Court and Ernestine Anderson Place serve to not only recognize their efforts to address significant societal issues through their work but also offer an opportunity to remind future generations of their civic contributions.

Their relevance is demonstrably more important now than ever.

Across town, in the rapidly evolving Lower Queen Anne neighborhood, Astro Apartments draws inspiration from the 1962 World’s Fair that put Seattle on the map and ushered in the Space Age.

The 211-unit Astro Apartments, adjacent to Seattle Center, presented an opportunity to embrace the history of the Century 21 Exposition. The distinctive design of Astro Apartments recognizes the goals and objectives of Seattle Center’s Century 21 Master Plan while also contributing to this unique neighborhood identity through strong mid-century modern architectural expression.

The resulting design of Astro Apartments is extremely complementary to both the surrounding neighborhood and the historical significance of the Seattle World’s Fair.

Lastly, the 303-unit Odin Apartments is in Seattle’s resurgent Ballard neighborhood, a waterside working community heavily influenced by Nordic settlers and the timber and maritime industries. It is one of the most culturally intact and distinctive neighborhoods in all of Seattle, with Ballard’s residents taking tremendous pride in keeping this history alive.

To respond to this historic and cultural context, Odin appears to float on a traditional Scandinavian white brick base in contrast with the courtyard’s translucent emerald hues. Nordic sensibility is translated through birch trees and expansive windows that allow natural light to saturate the interiors. The material palate interweaves timber and maritime influences, from the exterior cladding down to the interior finishes. Other dynamic expressions include an etched Viking ship, communal fire pits and lobby lighting emulating the aurora borealis.

By proactively reaching out to neighborhood stakeholders and hosting community presentations throughout the entitlement process, the resulting design was able to weave the strong identity of the Ballard community.

It takes a unique approach to gathering neighborhood input during the design process to preserve the existing culture and identity. This collaborative methodology is a significant time investment, but it adds substantial authenticity and credibility, builds community trust, and ensures the final project design respects the heritage and character of a neighborhood.

Runberg Architecture Group is a leading designer of sustainable urban mixed-use, housing and adaptive reuse projects. Since founding the firm in 1998, Brian Runberg has led the design of more than 12,000 housing units and over $3 billion in construction.