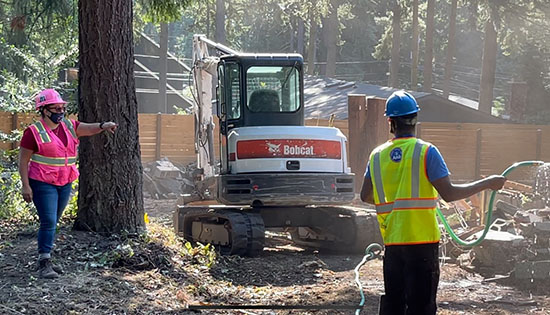 Photo courtesy of ABC
Westminster Park was made possible by the community that the park intended to serve.

Westminster Park was made possible by the community that the park intended to serve. Unity in this community contributed to meeting the needs of the local children. There wasn’t a park within 2 miles of the housing area, which presented a problem for the families of Westminster. After two years of diligent work, their dream of a community park was about to come true.

In partnership with Saybr Contractors and American Abatement & Demo, the team was able to help kick off this dream. After mobilizing on site, the team encountered a community gathering around the project in lawn chairs to cheer it on. The kids were so excited that they climbed the fence to get a sneak peek at the extra-large yellow machine working on the project. AAD would be tearing down a structure that was a nuisance and helping to turn the page in the community on their new park. The project drew attention from the city and a council member visited the site.