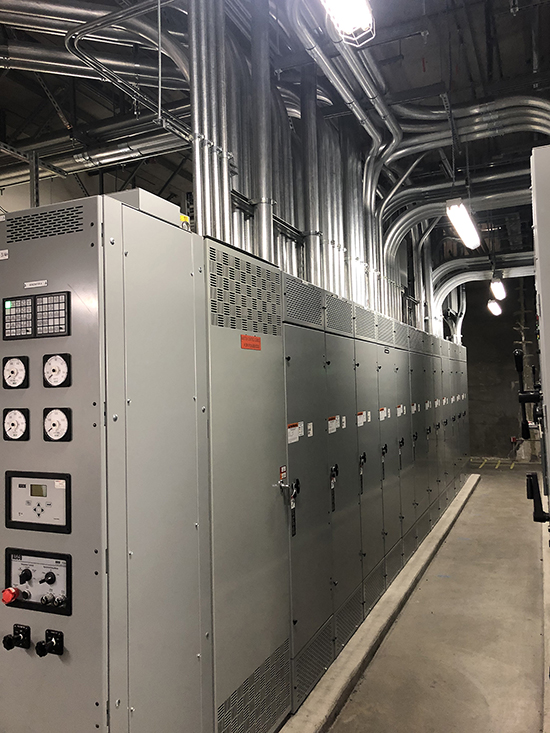 When a fire suppression system failed during a routine test at Harborview Medical Center, it flooded the main electrical room and the emergency power electrical room serving three hospital buildings. Harborview Medical Center called in Wood Harbinger to determine the extent of the damage and design replacement systems for construction with maximum reliability and minimum impact to hospital operations.

The system failure resulted in about 40,000-60,000 gallons of water flowing through the Ninth and Jefferson building and down into the normal and emergency power rooms in the underground parking garage. While none of the equipment faulted or tripped during the event, the water significantly damaged vital systems and equipment. A Washington state law requiring replacement or manufacturer reconditioning of electrical equipment that has been submerged or exposed to water made immediate evaluation necessary.

Harborview Medical Center is the only Level 1 adult and pediatric trauma center for Washington, Alaska, Montana and Idaho, and must provide safe and continuous medical operations at the highest level of care 24/7.

The engineers designed upgraded replacement switchgear and connections and a temporary switchgear system with connections that served the hospital for the two-year-long construction period. The temporary electrical systems required close to 10 total miles of cabling routed around and through existing infrastructure to power the hospital’s three buildings during the installation of the new electrical systems.

Constructing any project in an occupied facility is a complex challenge — replacing electrical distribution systems in an occupied and continuously operating facility brings complexity at every stage of the work. Wood Harbinger worked closely with HMC personnel, the contractor, and Seattle City Light to ensure compliance with all Department of Health and city of Seattle requirements at every phase of construction.

Carefully phased construction minimized planned outages. The project included 18 distinct power shutdowns to install and test the new equipment and affected several areas in three HMC buildings, including elevators, lighting and medical equipment. The team developed detailed time estimates and “worst-case” disaster plans for each one. All cutovers to new power systems were successful, with no unplanned outages and zero safety issues, and the project finished on schedule and under budget.