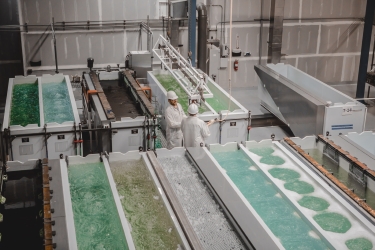 Photos from Modumetal [enlarge]
Metal grown in tanks can be used for building panels and rebar.

Standing on the shoulders of steel giants like Andrew Carnegie, Christina Lomasney said she is at the forefront of a new industrial revolution.

While Carnegie built his Pittsburgh empire using the greatest technology of the time, Lomasney said a new technology for producing steel and aluminum places Seattle at the epicenter of the next revolution.

“We're taking a major leap,” said Lomasney, president and founder of Seattle based Modumetal. “We've been able to achieve efficiencies in steel production that have never been achieved before, and we consume a lot less energy doing it.”

A physicist and specialist in electrochemistry, Lomasney and fellow scientists at Modumetal have reinvented the steel-making process by creating nanolaminated alloys that are stronger, lighter and more corrosion resistant than steel.

The system places metal into a tank, where electrical current is applied to bind ions to the metal, creating a layered nanolaminate structure. The process, Lomasney said, “grows” metal using low-cost, non-toxic electrochemistry.

Lomasney said the applications to the construction industry are far-reaching. For example, Modumetal can produce a lower-cost alternative to sheet metal for buildings and other structures, as well as rebar that is eight times more corrosion resistant. 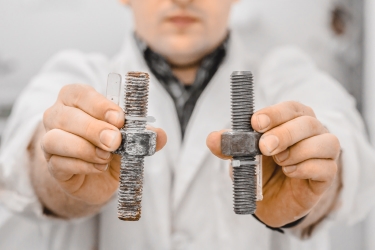 Modumetal has created guardrails used on Interstate 90 near Cle Elum and steel for state ferry terminals.

Lomasney said Modumetal works in alliances with U.S. steel companies such as Steel Dynamics for metal production. “We have several joint venture agreements ... to commercialize the technology for sheet metal production,” she said.

The company also has a production plant in Snohomish County that Lomasney declined to disclose the size of. 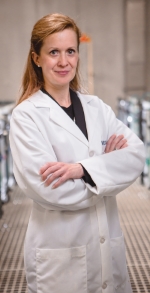 [enlarge]
Christina Lomasney is the head of Seattle-based Modumetal.

Calling herself a consummate entrepreneur, Lomasney said she has set her sights on “capturing a huge market” represented by worldwide steel and metal production. The University of Washington physics major worked at Boeing's advanced metals manufacturing division's Prototype Machining Center.

Before founding Modumetal, Lomasney said she worked in the electrochemical field devising new ways to use electrokinetic remediation to remove harmful metals from groundwater. Her early foray into nanolaminated technology was with the development of metals for vehicle armor for the Department of Defense. That experience led her to expand the use of the technology to all steel applications.

Being in Seattle, Modumetal can leverage the knowledge base of the UW and Seattle University, as well as the industrial base of companies such as Boeing, according to Lomasney.

“There's a wonderful synergy in this region,” she said. “There's all kinds of talent.”

While Modumetal produces steel in a more eco-friendly process at a significant cost savings, Lomasney said she doesn't foresee the company putting the titans of the steel industry out of business. Instead, she said there is “enormous synergy” to explore between her company and larger steel manufacturers.

The nanolaminated process is an “enormously scalable manufacturing process” that has a clean-tech edge over conventional steel production, she said.

“If we look ahead at what's going to happen in the U.S. and Washington 10 years from now, we see Modumetal playing a major role in the next industrial revolution, which is really a clean tech revolution,” Lomasney said. “We are really pushing the envelope in terms of the ways we operate. It's a mission of mine to realize energy savings on a large scale.”

Representatives from the Steel Manufacturers Association and the Association of Steel Distributors could not be reached for comment.