Considering the subject of urban development, MulvannyG2 Architecture suggests changes to how developers traditionally think about mixed-use development. For definition’s sake, mixed-use is a strategy that leverages density by integrating multiple uses that, in turn, diversify risk across a developer’s portfolio.

• One, a new traditional regional shopping center isn’t going to be built in the U.S. anytime soon. The economy won’t support it and the regional indoor mall is passé. Yet U.S. developers still rely on this old formula. Today, U.S. shoppers — and developers’ return on investment — can benefit from a more diverse interpretation of “the mall.” 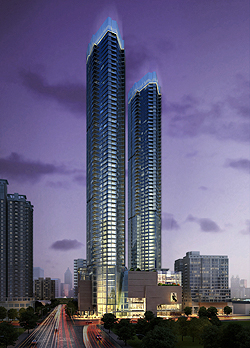 • Two, while mixed-use development in Asia and the Middle East is doing well, many times the mix includes the de rigueur retail, residential and/or office combo. The synergy between those two or three components can be compelling, but could be better. How about adding a clinic, supermarket, concert hall, big box, drugstore, school, day-care, bank, post office or museum? Any combination of those would work to create a single, more diverse branded environment.

A more diverse mixed-use strategy could solve both problems by creating even more compelling destinations while replacing the stale convention of the U.S. regional mall.

In Europe, Asia and the Middle East, developers add more to the mix. At Finland’s Sello — Finnish for cello — people shop, eat, check out library books and see the symphony. Sello isn’t a downtown district, it’s considered a regional mall, just west of Helsinki. Yet it offers a more dynamic mix than any mall in the U.S. and most international mixed-use developments.

Why haven’t developers created something like that in the U.S.? We all get in our ruts: That mall was successful! Let’s do another one. And another!

To be fair, conditions overseas stack the deck for greater mixed-use synergy: Europe’s density begets more adjacencies. But the Middle East was anything but dense 25 years ago, and malls didn’t even exist there until the late ‘80s. When I started designing Deira City Centre, people didn’t have anywhere to go with their families, a place to hang out, to be entertained, to get out of the sun! Since then, ensuing Middle East mixed-use developments offer places to live, stay, work and even ski.

Here are strategies we could adopt from abroad:

• Consider a more diverse mix of anchors. Overseas, a hypermarket often anchors mixed-use. It’s akin to a Super Target, only bigger in size and a bigger draw. Typically, people make dedicated hypermarket trips, and separate trips to, say, Harvey Nichols, which is like Neiman Marcus, but in the same development.

But lately families have started combining multiple experiences in one visit. They’ll come for lunch, enjoy some entertainment at Kidzania, go to a specialty clothing store, and then hit the hypermarket, too. Both dedicated and combined trips create visual exposure that benefits tenants of all price points, but, importantly, more diversity amplifies the experience of that destination.

• Replace the U.S. mall with a re-mixed mixed-use. In the Middle East, even health-care clinics are popular mixed-use tenants. People visit to shop, get their teeth cleaned and have an annual physical. And Finland’s Sello offers a concierge service. Combining retail with residential and office is good, but we can create even more compelling synergies and higher ROIs by considering more functions and more services. 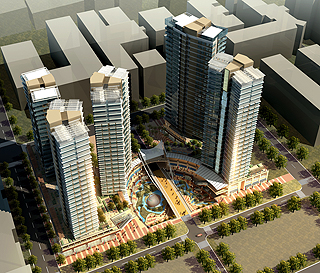 Innovative, diverse mixed-use abroad — with its better returns — can inspire global developers to be better and U.S. developers to get out of a rut.

MulvannyG2’s current work is addressing mixed-use from diverse angles as well, integrating sustainable planning and design here and in Asia, where we’re interpreting a new stage of growth in China: the move to redevelop the third-tier city.

In Wuxi, China, MulvannyG2 designed the Wuxi Chong‘an Temple Redevelopment project, part of an effort to rejuvenate areas adjacent to the city’s 1,600-year-old Chong‘an Temple. The project’s 1.8 million square feet and two slim towers and retail podium will comprise Wuxi’s tallest development. As one of China’s third-tier cities, Wuxi is the heart of a growing metropolitan area that now has limited luxury facilities.

Attributes that contribute to those savings include a green roof, water- and energy-conserving systems and specifications, and strategic thinking: Olive 8 shares laundry functions with the Grand Hyatt two blocks away, saving the unnecessary duplication of that service within such close proximity.