Seattle is making a strong economic comeback. We read about it in the media and see the construction cranes rising above downtown neighborhoods as new office buildings and housing projects break ground.

As the city continues to grow and thrive, it’s appropriate to ask ourselves if we are on track to become the city we want to be. Are we taking care of our most vulnerable populations? Are we making efficient use of our resources? Are we encouraging the kind of development that produces more jobs and tax revenue to sustain our community? In short, do our housing policies focus on the right issues and produce the desired outcome?

High-rise housing in the center city takes pressure off single-family neighborhoods, farm and forest land, and is better suited to provide positive social and economic impacts relative to a low-rise alternative. To that end, there has been an effort by the City Council and other civic and nonprofit groups to evaluate the city’s Incentive Zoning Program, which was intended to increase the stock of subsidized workforce housing for people with incomes of 60-80 percent of area median income (AMI).

To accomplish this goal, the City Council recently dramatically increased the fees that developers must pay to build to an increased zoning capacity. The 45 percent fee increase was intended to motivate developers to incorporate subsidized workforce housing into their residential projects rather than pay a fee to the Office of Housing to fund low-income housing projects for people earning 50 percent or less of AMI. But there is new research that indicates our Incentive Zoning Program is not working. 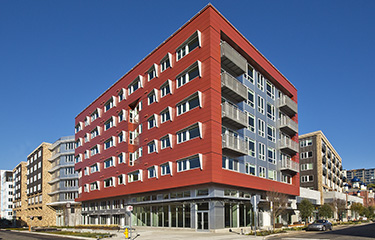 Instead, developers are choosing to build to the existing lower height, which means no funds for low-income housing and no additional supply of affordable units.

Why? According to a recent study by the Seattle City Council’s housing consultant, Cornerstone Partnership, 62 percent of developers are choosing not to participate in the program, suggesting that the fee structure in place does not create an incentive. As a result, the opportunity cost of thousands of housing units going unbuilt has generated less housing supply (which puts upward pressure on rents for everybody), fewer workforce and/or low-income units and loss of significant public benefits (jobs and tax revenue) due to projects built below zoned capacity.

There are seven residential projects in South Lake Union under construction or with a master use permit issued that are not using the “incentive.” When a program aimed at incentivizing high-rise development does not accomplish the desired result, it’s time to work together to create a program that achieves our collective goals.

To start, we need to fix our current program by establishing true incentives that will increase participation and encourage developers to build to maximum capacity, which will in turn increase Seattle’s housing supply and contributions to the program. And we should focus on tools that are more productive and that have proven outcomes.

While incentive zoning has accounted for a negligible amount of Seattle’s new housing supply in the past 12 years, other policies such as the Multifamily Property Tax Exemption (MFTE) Program and the Housing Levy have been considerably more productive. Between 2000 and 2013, the city invested $247 million to help create 6,140 units of low-income housing. The bulk of those funds came from the Housing Levy (58 percent), federal block grants (23 percent) and some other housing funds, with incentive zoning fees representing just 11 percent of the total.

During the same period, MFTE produced 2,563 workforce units (with 4,312 in the pipeline). Let’s expand the programs that are producing results. Why not expand the MFTE program to include existing product and not just new development? By offering MFTE to all owners of multifamily properties, the supply of workforce housing could be increased quickly, across multiple income levels and throughout many neighborhoods. The city should be front and center in guiding the state Legislature to amend a law that would expand the MFTE program to existing product.

The expansion of MFTE will create an added benefit. Seattle is seeing an increase in the number of “downrenters,” people who can afford higher priced units but who choose to rent a less expensive apartment. This decreases the number of affordable units available for people who truly need them, those who do not have choices. An expansion of the MFTE program would moderate down-renting by increasing the housing options for people at 60 to 80 percent of AMI.

We should also adopt policies that encourage more housing supply, choices and opportunities. According to Smart Growth Seattle, a partnership focused on improving Seattle’s land-use code, “Seattle needs policies that make Seattle accessible to people of all incomes by increasing the choices they have. The best way to create more choices for everyone in the city is to allow more housing of all types all over the city.”

The challenge of housing affordability is complex and multifaceted, and incentive zoning alone is not the answer — especially in its current form. Seattle deserves housing and land-use policies that provide opportunities for all income ranges by expanding the programs that are working and embracing a wide range of new and innovative options.