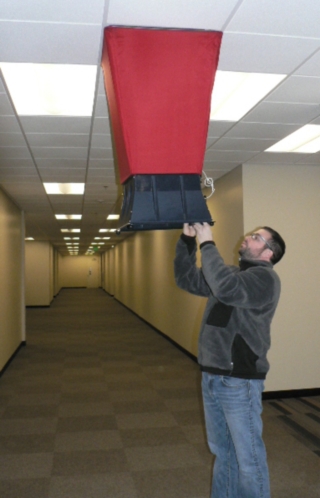 Three apprentices from Sheet Metal Workers Local No. 66 of Everett placed first in their categories at the International Sheet Metal Competition in Las Vegas. More than 295 workers came from across the U.S., Canada and Puerto Rico to compete in six categories.

Wilson-Williams said winning the award two years in a row proves his skills.

“It was a great honor and I was proud to represent my employer and my union in the highest standards of blue collar service,” he said.

The competition was held in March by the International Training Institute for the sheet metal and air conditioning industry. It is open to apprentices from Sheet Metal Local Joint Apprenticeship Training Centers. The other categories are industrial/welding and service.

The sixth award, detailing, was open to journeymen and apprentices, though only journeymen made it into the final after competing regionally for the top 12 spots in the country. All finalists competed against others in their region for the right to attend the national event.

James Shoulders, executive administrator for the training institute, said the contest is proof of the industry's top talent. “All the contestants did a great job and really showed what they can bring to any job they're hired for.”

The detailing category was added as a result of a shift in the industry. Detailing skills, which allow sheet metal workers to generate and manage building data using building information modeling software, are increasingly in demand.

Shoulders said BIM is the future of the industry.

To encourage sheet metal workers to get certified in the institute's benchmark BIM training software, the winner of the detailing category received a new Dodge truck.

Local 66 has a strong record of producing winners at the international competition, according to Eric Peterson, administrative coordinator of the local's Joint Apprenticeship Training Center. Peterson said the champions are a testament to the local's strong, comprehensive program. Winning, he said, helps validate the curriculum and people involved.

The local's apprentice program is tough to get into and gets more applicants than it has room for, Peterson said. Most apprentice programs are five years, of which 10 percent of the training occurs in the classroom and 90 percent in the field. Because of this, local industry support is critical and a big factor in winning.

Wilson-Williams works for McDonald-Miller Facility Solutions in Seattle where he is a testing, adjusting and balancing/commissioning technician. Most of his work is in commercial buildings, though he has also worked at the Starbucks roasting center in Kent, on condos and for the U.S. Navy on ships.

Wilson-Williams manages airflow in offices, adjusting for different sized spaces and exposures. His ultimate goal, he said, is to make the person who has a space heater and a blanket comfortable in their office without them.

Wilson-Williams is part of the energy commissioning process, which is gaining popularity as LEED and energy efficiency become a greater focus nationally. He's done in-house testing and balancing for mechanical systems, second-party jobs and third-party surveys where he double checks another firm's work. He tries to make big buildings have smaller feet, he said.

In Las Vegas, the competition included a day of written tests and a day of practical tests. As a winner, Wilson-Williams walked away with $4,000 and a number of tools.

In today's economy, Wilson-Williams said he feels especially fortunate to be a winner. “Any time we have anyone that you can say is a national champion on your payroll, it is definitely going to reflect upon you in a favorable light.”

Winning represents a personal change for Wilson-Williams. As a teenager, he had a tough time holding down a job. After serving in the U.S. Navy, he began his apprenticeship but was concerned about being a good worker. A friend told him to make himself indispensable by finding a niche.

“I felt like I created my own job security by making myself the national champion,” he said.

There are 15,000 apprentices registered at training centers in the U.S. and Canada. The International Training Institute is jointly sponsored by Sheet Metal Worker's International Association and the Sheet Metal and Air Conditioning Contractors' National Association. It produces a standardized curriculum for sheet metal apprentices and journeymen.