The Seattle-Bellevue market continues to grow at an unprecedented pace. The latest employment figures show an annual job growth rate of 3.2 percent; and each year, job growth outpaced projections.

This rapid expansion is due in part to the relative affordability of our region when compared to other West Coast cities. Large tech companies continue to relocate and grow in the Pacific Northwest, expanding their office footprint by hundreds of thousands of square feet.

The price to live and conduct business is significantly discounted in comparison to the Bay Area. On average, Seattle-Bellevue employees have 31 percent more disposable income than those in the Bay Area, due to lower housing costs and no state income tax.

Looking at multifamily, the local market is outperforming its West Coast neighbors and investors continue to see future growth for the region. With the recent influx of new supply, rent growth in urban Seattle areas has started to slow, but suburban submarkets are still experiencing impressive growth. Nearly 12,000 units have been delivered each year since 2015, with 64 percent of new multifamily product delivered to urban markets in 2017. This has led investors to consider deals outside of the urban core. 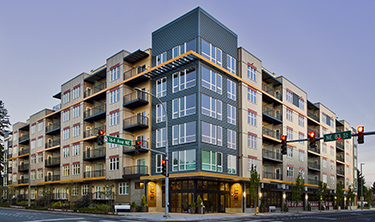 The Eastside is known for its high quality of life, excellent schools, healthy economy and diverse recreational opportunities. Its population has grown nearly 14 percent from 2010 to 2018, driven in part by residents relocating from the urban neighborhoods of Seattle.

There are 5,276 units under construction on the Eastside with an additional 9,743 units planned. Rent growth currently sits at 5.4 percent, which is 150 basis points greater than rent growth in the city of Seattle. Average rent on the Eastside sits at $2,092 or $2.35 per square foot, with units averaging around 890 square feet. New construction rent is at $2,216 or $2.39 per square foot.

Cities like Kirkland and Redmond are hotbed communities to rent in the suburbs. The potential for additional rent growth in both Redmond and Kirkland is strong given the high household incomes of residents.

With an Eastside median household income above $100,000, and a 3-1 income-to-rent qualification at most properties, this suggests that apartment applicants in Redmond and Kirkland can qualify for rents up to approximately $2,770 a month. Meanwhile, software engineers at Microsoft, with salaries of $117,000, can qualify for rents around $3,250.

Microsoft’s expansion of its Redmond campus, and the growing footprint of Eastside employers, will further the opportunity for high-paying employment.

Rents in suburban Eastside markets will reach new heights yet remain relatively affordable compared to Bellevue and Seattle. For example, downtown Bellevue averages $2,915 a month for new units. As monthly rents climb, we expect more income-qualified Puget Sound residents will be attracted to the better value in rental living and high quality of life available within Redmond and Kirkland.

Apartments will also remain an attractive alternative over homeownership, with the median home value on the Eastside now reaching $950,000 and the average mortgage payment at $4,363 per month.

The Eastside employment market is a diverse base of technology, education and healthcare firms, drawing from the area’s highly educated employment pool. Downtown Bellevue is one of the tightest office markets in the metro area with a significant presence from notable employers like Valve, Salesforce, Expedia, Google, Bungie, Nintendo, Epic Games and Oculus VR. 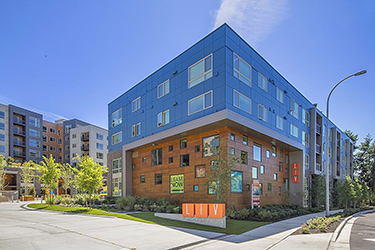 Employment in downtown Bellevue more than doubled since 1990 and now exceeds 150,000 workers.

The Spring District, just east of Interstate 405 and south of state Route 520, is a large transit-oriented development under construction that will add more workers. This 36-acre mixed-use project contains apartments and commercial office buildings, and will be REI’s new headquarters in 2020 after it relocates from Kent.

Microsoft, the largest employer on the Eastside and one of the largest in the state, recently announced plans for an expansion that will include 18 new buildings clustered in four distinct villages blended together to create a unified campus. The expansion will add room for up to 8,000 employees in Redmond. The Eastside multifamily market will benefit as an estimated seven additional jobs are created for every tech worker.

Specific to transportation, the distinct employment market of Bellevue will soon be more connected than ever. The Sound Transit 3 light rail expansion will add over 62 miles of track and is projected to serve over 600,000 riders per day. The rail expansion will connect to existing Sound Transit stations and service will reach the Eastside in 2023/2024 with stops in downtown Bellevue, the Spring District, Microsoft’s campus and downtown Redmond.

Upon completion, the new light rail will allow employees to live on either side of Lake Washington and still maintain easy access to all major regional employers.

The multifamily rental market continues to grow given the strong demand for housing across the region. The cost to own a home on the Eastside has never been higher, keeping residents renting for longer periods. Future transportation enhancements will expand the metro, connecting affordable suburbs to major employers.

David Young is managing director and West Coast lead at JLL. Kiki Boone Faircloth is a senior research analyst for the company.