Like many things in life today, the idea of sustainability is a moving target. While the accepted definition has not been altered, changes are under way in how sustainability gets implemented.

Seattle and the Pacific Northwest are widely acknowledged as leaders in sustainable development, LEED-certified buildings, low-impact development and ecological improvements. So, to answer the question above, we looked at other regions of the world and elsewhere in the U.S. to see if less active regions continued the push to greater sustainability.

The answer is resounding: Sustainability continues to be a priority around the globe as highlighted in some interesting projects below.

Much of the evidence in this article comes from Golder colleagues and their projects worldwide over the last few years, but the trend is occurring throughout the AEC community. 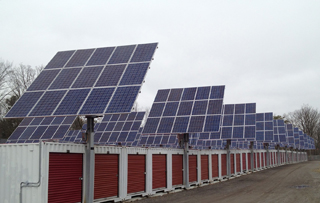 One of the city of Seattle’s priorities is preparing for the impacts of climate change. There is increasing understanding that climate change is under way, and that cities can make changes to reduce their impact on the climate and adapt to the expected future.

Consider Durban, South Africa’s third-largest city and its busiest port. The city’s location on the Indian Ocean has long made it a popular tourist destination, but a changing climate may make it vulnerable to rising sea levels and storm surges that can cause damage along the coastline.

A vulnerability analysis carried out for the city found that the effects of climate change on agriculture could affect the city’s food supply, and the livelihoods of subsistence farming communities. It also found that changing rainfall patterns could cause intense downpours that lead to flooding, or lead to water shortages — suggesting potential adaptive measures such as improving existing infrastructure, developing alternative access routes, adding water storage, and improving flood attenuation measures.

One technology that is seeing renewed interest is “perpetual pavement” — roadways that have a design life of 50 years. This stands in contrast to most asphalt pavements that are designed to last 20 years, and the typical life-cycle involves a program of routine maintenance with a major rehabilitation every 18 to 25 years.

Recent technology improvements include better pavements, better understanding of the physics of strains, stresses and deflections, and the growth of sophisticated analytical capability that allows complex, multi-layer pavement systems to be accurately modeled and analyzed.

This type of pavement was recently used on the 12-mile Red Hill Valley Parkway, a controlled-access highway in Hamilton, Ontario, Canada. The use of perpetual pavement saves energy and cuts carbon emissions by reducing the need for major rehabilitation of the roadway. It also means that surface rehabilitation, when needed, can be done quickly — with the work completed overnight, so there is less chance that rush-hour traffic will be caught in delay-and-emissions-producing construction slowdowns.

Ports also remain active in sustainability: Golder plans to start a project next month for a North American port that assesses the implementation of sustainable design principles in all the port’s infrastructure activities.

Energy efficiency, renewable energy and geothermal heat pumps (GHP) have been welcome additions to the global tool box. For example, plans are under way to bring GHPs to a 16th century building, the Maison Lostan, in Northern Italy. This closed-loop system is designed to produce 280 kilowatts of thermal power and 190 kilowatts of cooling power by drilling 34 heat exchanger boreholes to depths between 150 and 200 meters.

The Charles County, Maryland, government commissioned a study of GHP technologies to determine the technical feasibility and nature of geothermal heat pump systems for this locale and the potential for use in future planned communities.

As another example of how broadly sustainability is being considered, two mining companies have implemented solar energy at their facilities to explore the possibility of providing renewable energy for those operations.

Industry has been active as well. A U.S. fertilizer company recently assessed its greenhouse gas emissions and established greenhouse gas targets as part of its 2012 submittal to the Carbon Disclosure Project — an internationally recognized, global reporting system used by companies and cities to measure, disclose, manage and share environmental information.

Golder is fortunate to be involved with the Menlyn Maine project in South Africa, one of the initial global projects to strive toward becoming climate positive. The Climate Positive Development Program is a project of the Clinton Climate Initiative and the United States Green Building Council. Only 16 such projects were selected in the world, with one in Africa and three in the U.S. (Ohio, Oregon and California).

The program addresses the dual challenge of climate change and rapid urbanization, demonstrating that cities can grow in ways that are “climate positive,” reducing the amount of on-site greenhouse gas emissions to below zero. For this reason, a development strives to achieve the highest standards of environmental and climate responsibility.

The overall project is on-going, but the first two phases have been completed, namely the first section of bulk infrastructure and the first building.

Integrated sustainable community plans are being undertaken in places such as the city of Prince George and town of Revelstoke, both in British Columbia.

In the case of Prince George, the sustainability plan created a planning and implementation framework for sustainability for the whole community, including the city, partner organizations and citizens. Through community visioning and multi-stakeholder workshops, our team developed city-wide strategies to achieve sustainable targets and resolve major issues such as the infrastructure deficit and the downtown.

A prime example of the strength of the plan was that it shifted the anticipated development from an estimated 90 percent “greenfield” to 80 percent infill and redevelopment. To fit with current realities, this shift acknowledged the business models, aptitudes and past investments of developers, and included both regulatory strategies to enable more infill and redevelopment. It also had non-regulatory initiatives to help developers transition to this new kind of business.

The sustainability plan was adopted unanimously by the Prince George City Council.

There are many more examples and initiatives to report around the U.S. and worldwide.

It would have been reasonable to expect that sustainability succumbed to economic pressures over the last few years, but it now seems accurate to say that sustainability has weathered the storm. Further evidence is offered by a 2012 report by the International Federation of Consulting Engineers that highlighted the sustainable accomplishments of the London Olympic park and encouraged the profession to prioritize sustainability from the outset of a project and in early decision-making.

It now seems reasonable to assume that as the economy improves around the globe, we will see even more innovation and improvement in sustainable design.

Jim Kleppe, PE, is the U.S. Urban Development and Infrastructure Sector leader for engineering firm Golder Associates, and is located in the Redmond office. Golder offers consulting, design and construction services related to the specialist areas of earth, environment and energy. It has 46 offices in the U.S. and 180 offices worldwide.