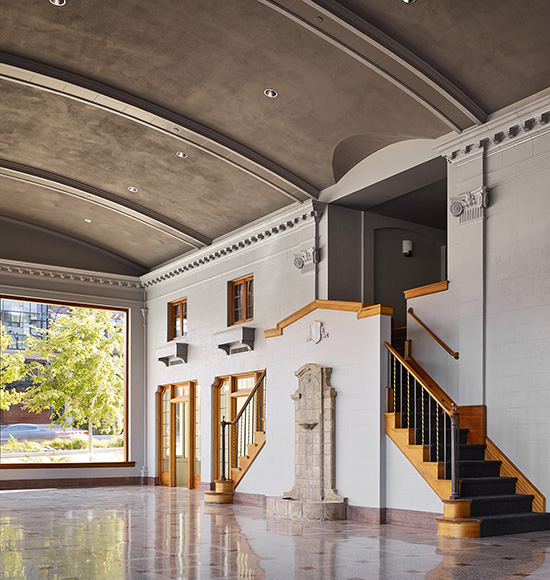 Before the old buildings were razed, facades and plaster elements were removed piece by piece, inventoried and placed in protective storage.

Performance Contracting also applied over 3,500 square feet of veneer plaster and 1,800 linear feet of score lines to replicate the showroom floor. It was a meticulous and intense process to restore the facade and bring it back to its original glory.

Judge’s comment: “A breathtaking integration of old and new. The finishes bring to life the character of this beautiful structure. The attention to detail employed by the project team was a key factor in replicating the beautiful historical features.”