It’s a Renaissance: stucco and terrazzo are back

The Renaissance is a period in European history that was generally from the 14th to the 17th centuries. The time was considered the bridge between the Middle Ages and modern history. It started as a cultural movement in Italy and spread to the rest of Europe.

In architecture, this period was marked by two distinct movements: reclaiming and restoring historical practices such as the rebuilding of St. Peter’s Basilica; and taking old traditional practices of the rectangular Gothic vaults and expressing new concepts to semi-circular and other artistic expressions.

The word renaissance is of French origin and means rebirth or revival. Is it possible that future historians will look back to our time and call it a renaissance?

While this may sound preposterous, there are signs of bringing back some construction practices and materials used in walls, ceilings and floors that were once considered all but dead. These materials and trades are having a kind of rebirth with a helping hand from modern science.

Similar to the Renaissance in the 14th century, we are reviving old practices and adding a few twists that have created some excitement among designers, architects, interior designers and even artists. An even greater irony lies in the fact these rejuvenated materials are traditionally very Italian in nature. These materials were once staples of construction for Italy and can even be traced back to specific regions of that country. 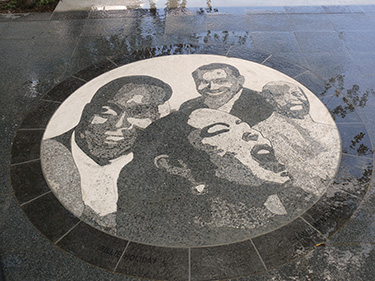 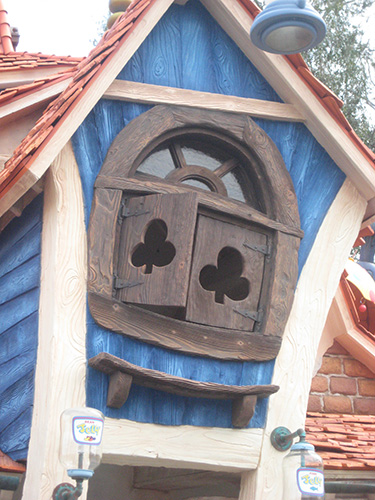 Photo courtesy of Stucco Manufacturers Association [enlarge]
Cartoon-like details of this building in Disneyland were created with plaster.

The two materials seem to be at the forefront of this rebirth. One is interior polished plaster, often referred to as Venetian plaster. This plaster was once made strictly of marble and slacked lime. The other is terrazzo flooring, which means “terraces” in Italian and was made only from cement and marble chips.

Both materials have a long history of wide-spread use throughout Europe and might have been considered all but forgotten as they waned in popularity over the last 50 to 75 years. While other materials and construction practices remain popular and new ones appear, it is ironic that two historic Italian materials are once again regaining market share in these modern times.

But these are not your grandfather’s materials.

Polished plaster and terrazzo have a history of craftsmanship and pride. Both became too labor intensive, with strict requirements on substrate preparation and limitations on installation time. Leonardo da Vinci would have likely scoffed had the commissioners for his plaster work put time-lines on him. I doubt he would have stood for a compressed schedule and trade stacking; and value engineering may have angered him to the point of walking out of the Vatican.

In the United States, both interior plaster and cement terrazzo were popular in the 1950s. Lath and plaster was the dominant interior wall and ceiling finish, and cement terrazzo was used as the primary floor covering for hospitals, airports and office buildings. Many Florida tract homes used terrazzo, and it’s not uncommon for Florida homeowners to pull up old carpet to find forgotten terrazzo floors underneath.

Over time plaster seemed to just die out. Plaster is wonderful, but it took too long to install and required special skills that were becoming more and more rare. Terrazzo flooring was similar to plaster, being labor intensive and time consuming.

As costs became an issue, both plaster and terrazzo were routinely value-engineered out of projects.

Today these Italian favorites have something new that has them both re-energized and capturing the attention of the design and construction communities. I think of it as the old world collides with the new science of polymers, epoxies and acrylics.

Plaster and terrazzo now routinely use binders, resins and polishes. This has taken both of these traditional materials and expanded the range of possibilities to heights once unimaginable.

Aggregates for both products have traditionally been marble, sand and other natural stones. While those materials are still used today, recycled glass can now be used to enhance the beauty of plaster and terrazzo, and make both finishes sustainable. However, the more notable advancement may be the polymers, epoxies and resins. These products have made the two Italian favorites faster to install and able to handle colors that were once unimaginable. No longer are designers and owners limited to pastels.

The development of high-strength polymers and epoxies also allowed plaster, and particularly terrazzo, to be applied in thinner layers with greater strength than their cement counterparts. While cement is still a great option, polymers offer designers the option to expand possibilities in color and performance.

New polymers also make for more flexible plaster and terrazzo. Cracking in both can almost be eliminated with crack suppression membranes. This allows designers more freedom on placing control joints in plaster or divider strips in terrazzo.

The more one looks into the modern advancements of each of these traditionally historic materials, the more one has to reach the conclusion we are witnessing a renaissance of materials. This creates a new learning curve for designers, but equally opens a new world of possibilities. Both systems have the lowest life-cycle costing in their respective categories, so this renaissance benefits both designers and building owners.

Mark Fowler, past architectural consultant for the NWCB, is current executive director of the Stucco Manufacturers Association and the National Terrazzo & Mosaic Association.