As we enter the fall rainy season (which is not to be confused with the summer rainy season), most business owners in this region probably have a lot of other things on their minds than how much it might be raining. But once the precipitation lands on an industrial facility or construction site, it becomes stormwater that must be handled properly under regulations issued by the Washington Department of Ecology.

This year, we have seen implementation of even tougher new requirements for industrial facilities and now Ecology is tightening the stormwater requirements for construction sites. Consequently, many businesses are likely to find themselves out of compliance and subject to potential legal action, particularly as local public-interest environmental groups pay close attention to the reports filed by these facilities. 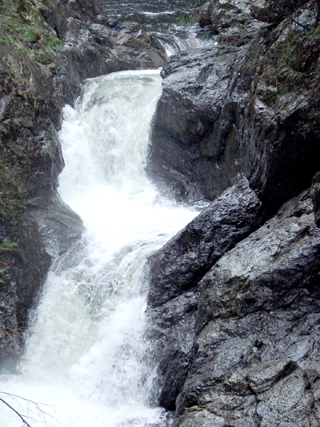 On the plus side, the new industrial permit has streamlined the rules for when stormwater samples must be collected — now within the first 12 hours of a stormwater discharge or as soon as practicable after the first 12 hours — but it also requires monthly visual inspections. All of the sampling events and inspections must be documented and reported to Ecology on a timely basis.

A significant change from the old permit is the substantial reduction in threshold levels (known as benchmarks) for what is allowed in the stormwater. The benchmark for zinc, for example, has been lowered to the point that many facilities with galvanized metal roofing or fencing are finding themselves out of compliance more often under the new rule. The copper benchmark also is substantially lower and may cause an increase in the number of stormwater sampling events that do not comply with the new rule.

If a facility does not comply with the benchmarks, the industrial permit sets out a number of best-management practices — known as BMPs — that facilities were required to implement no later than July 1 of this year.

These BMPs include activities such as:

• Vacuuming paved surfaces with a vacuum sweeper at least once per quarter.

• Keeping all Dumpsters under cover or keeping Dumpster covers closed when not in use.

• Cleaning catch basins when at capacity.

• Storing all hazardous substances on an impervious surface with specified levels of secondary containment.

• Maintaining a spill log that documents all chemical and petroleum spills.

If implementing the BMPs does not bring a facility into compliance, then it may need to install stormwater treatment, which can be very expensive. To be sure, the cost of noncompliance also is high. The statute authorizing the industrial permits allows private parties to file a lawsuit, seek penalties and recover their attorneys' fees. Because there are more facilities not in compliance with the new industrial stormwater regulations, many more of these citizens' suits are likely.

On the construction stormwater permit side, Ecology has long had higher standards for reducing soil and sediment runoff than the federal Environmental Protection Agency. The state permit, however, is set to expire in December, and Ecology has published draft rules for the replacement permit.

The new permit has modifications ordered as a result of extensive litigation by both construction and public interest environmental groups, and also attempts to harmonize the state rules with the EPA's new national monitoring requirements for construction sites.

Ecology's draft 2010 permit retains the higher state standards that existed under the expiring permit, but also has a third benchmark for compliance from the EPA's national rule. These benchmarks are for turbidity in the stormwater and, when exceeded, will trigger phone reporting, immediate responsive action to prevent the discharge/pollution and implementation of corrective measures to stop the noncompliance.

Ecology has been holding public workshops and is taking comment on the draft permit through Sept. 10. The draft permit, a 73-page fact sheet and other information are available on the Ecology website at: http://www.ecy.wa.gov/programs/wq/stormwater/construction/index.html.

The regulatory overhaul and legal developments affecting Washington's stormwater permits represent the most stringent stormwater regulation in the state's history. All of which means that industrial facilities and construction projects can expect greater scrutiny and more liability exposure in the years to come.