Fighting blight? Condemnation may be the way to go

Former U.S. Supreme Court Justice Oliver Wendell Holmes Jr. once famously said, “The right to swing my fist ends where the other man’s nose begins.” Likewise, a property owner’s right to manage their real estate as they see fit ends when it adversely affects neighboring businesses and community.

The 2016 presidential campaign has brought renewed attention to eminent domain, most of it focused on alleged abuses of condemnation power to further private interests. Regardless of political rhetoric, government’s right to take “blighted” commercial property is a last resort and strictly limited in most states, Washington included. Still eminent domain is, and will almost certainly remain, an important and legitimate method of controlling real estate blight.

In my law practice I’ve witnessed the ill effects of blight. It can spread like a toxic plume, contaminating everything around it. 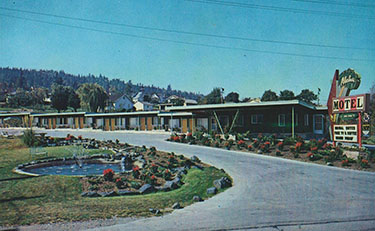 Postcard image [enlarge]
The city of Bellingham condemned the Aloha Hotel, where several rooms had been closed by health officials after hazardous levels of meth were found.

Typically, property owners rely on government to make sure their neighbors do not damage local property values, public safety or general quality of life. Covenants, zoning, inspections and building code enforcement are common tools used by government. But what if those are not enough?

Condemnation is not a cure-all for the highly complex and politically charged problems of urban blight. However, eminent domain can and does play an important role in protecting our communities.

Take for example the Aloha Motel, recently condemned by the city of Bellingham. Despite the city’s best efforts, the Aloha — a deteriorating 28-room, mom-and-pop style motel in the Samish neighborhood — was a chaotic, revolving crime scene. According to court documents and media reports, between Jan. 1, 2013, and Oct. 1, 2014, police responded to 301 calls to the Aloha.

Along with relatively run-of-the-mill drunken fights and sex traffic, one motel guest reportedly tried to plow people down in the parking lot with his minivan and another held a Yellow Cab driver at knife point while demanding money. Others at the Aloha sold heroin, crack and methamphetamine, even providing walk-up service at their motel room windows.

At least 10 of the Aloha’s rooms were closed by county health officials after hazardous levels of meth were found; property owners refused to allow the remainder of the rooms to be tested. Drug overdose, armed robbery and assault calls were not unusual. A man found beaten unconscious at the motel later died in hospital. In yet another instance, police found a “rotting body” left in a room for six days — with management’s knowledge.

Surrounding businesses complained of used needles, condoms and other garbage being dumped on their property. Worse, business owners said, Aloha guests repeatedly harassed and threatened customers, scaring off even longtime clientele. Said the owner of a nearby auto mechanic shop, “Without customers, I can’t operate a successful business … all of the businesses on Samish Way are adversely impacted.”

Criminal activity at the Aloha Motel spilled onto the public sidewalks, threatening the safety of school children and their parents as they waited for the bus. After consulting with police, the Bellingham School District moved the bus stop.

The city of Bellingham, with support from Whatcom County, repeatedly sought the cooperation of the Aloha’s managers and property owners but got nowhere, according to court documents. Finally, in October 2014, the city council officially declared the Aloha a blight on the community and directed staff to begin condemnation proceedings.

The Fifth Amendment of the U.S. Constitution grants individual states the right to take private property for public use, with compensation. Common examples are road widening projects or utility corridors. Less common and more controversial is the use of eminent domain to combat blight.

Under Washington state law, before any property can be condemned for creating blight it must meet certain tests. Specifically, Chapter 35.80A of the Revised Code of Washington requires government prove at least two of three conditions exist:

1. The property has not been lawfully occupied for a year or more.

2. The property constitutes a threat to public health, safety or welfare.

3. There has been illegal drug activity associated with the property in the 12 months prior to proposed condemnation.

It is not enough for the property to be an eyesore, as shown by the case of the Aloha Motel.

In February 2015, a Whatcom County Superior Court judge approved condemnation of the Aloha, giving the city of Bellingham the legal right to take the property under the public use and necessity requirements in state law. In July 2015, the city agreed to pay $1.58 million for the right to raze the motel.

Eminent domain law requires property owners be compensated at fair market value, even blighted property. This is done with taxpayer dollars. Government can then keep or sell the property. If the property is sold, Washington law allows counties, cities and towns to restrict in perpetuity how the property is used to protect the community’s interest and prevent reoccurring blight.

Just this month, the Bellingham City Council approved a plan by the Bellingham Housing Authority to build approximately 154 mixed-income apartments, offices and commercial spaces on the site of the former Aloha Motel. Phase one of the project calls for residential units to be built for homeless people with disabilities.

Ask any business owner whether they would prefer to operate in a safe and secure area or next to rundown buildings used for drug dealing and other illegal activities and the answer will be obvious. Businesses know the better managed the surrounding properties, the higher the property values are likely to be, which generally translates to better rents, better sales and a greater return on investment.

The National Vacant Properties Campaign reports the cost of blight to local governments and taxpayers across the country to be in the hundreds of millions of dollars. Washington lawmakers who wrote, and later amended, this state’s eminent domain statute recognized that blighted properties strain the business community, destroy commercial centers and place economic and social costs on everyone.

We should not be afraid of our government exercising eminent domain, but rather demand it use that power judiciously and responsibly for the good of our communities.