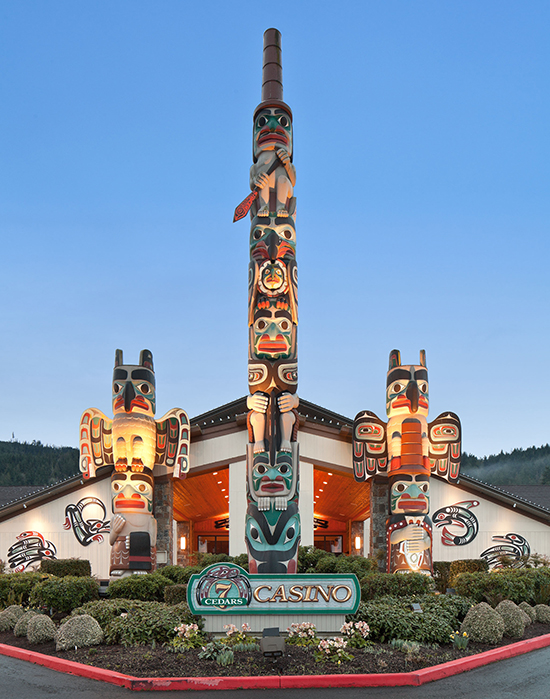 The Jamestown S’Klallam Tribe operates the 7 Cedars Casino that provides dining and gaming for the North Kitsap area. In 2010, Air Systems Engineering partnered with Aecon to develop plans and budgets to update and enlarge the existing bingo wing of the facility. Work included replacing the aging HVAC system with a new system capable of ventilating the space using 100 percent outside air with heat recovery.

The project was scheduled to begin in late spring 2012, with the opening of the gaming floor by Christmas. However, funding was delayed until late July, shortening the schedule by eight weeks. Opening the gaming area late was not an option, and two additional bars and a restaurant were added to the scope.

Although pre-ordered, much of the equipment didn’t arrive until late November, requiring Air Systems Engineering to squeeze six weeks of work into the remaining four. The volume and variety of work required contractors to stagger their installations, working in alternating shifts, including swing and graveyard shifts — all during inclement winter weather.

A major challenge was a complex equipment lift into the building’s second floor mezzanine. Teams worked to provide a safe and effective lift plan that included the crane set up, fork boom equipment and hand winches.

Although there was much work to do in ancillary areas, the gaming floor opened on Dec. 21.