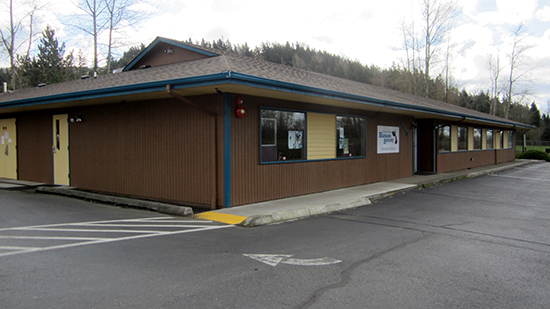 After cuts by King County Animal Control reduced services below acceptable standards, a group of citizens, politicians and an Auburn veterinarian set out to create Auburn Valley Humane Society (AVHS). The primary goal was to establish an independent local animal shelter aimed at caring for Auburn Valley’s lost, stray and abandoned pet population.

After two years of planning, fundraising and gaining city approval and permits, a 6,000-square-foot former community center was remodeled to accommodate AVHS.

Prior to design and construction, the project team toured most of the King County and privately run shelters throughout Western Washington to develop plans for this facility. Taking advice and ideas from other shelters, the team developed a functional space plan with state-of-the-art mechanical systems.

Unlike most facilities, the air in both office and animal areas of AVHS is cooled and heated. The system can replace all of the air in the building with fully conditioned outdoor air up to every four minutes to control odors and any possible airborne illnesses. Surgery areas consist of fully isolated HEPA-filtered HVAC systems. New feline intake rooms are pressurized and isolated from other HVAC systems to contain any illnesses that incoming animals may have.

Radiant heat was installed in the floors in all the canine, surgery and laundry facilities — particularly challenging with sloping floors with trench drains and dog kennels bolted to the slab. The floors not only create a sanitary environment but also greatly improve the quality of life for the rescue animals.

Other upgrades to the facility include epoxy paint throughout and tile walls in all the canine areas to provide not only a durable finish but a sanitary and easily cleanable environment. Integral color was added to the new concrete floors.

Specially designed holding areas were installed to allow transferring of animals between the rooms without staff actually coming in contact with dangerous animals.

Instead of individual cages, feline adoption areas allow multiple animals to live in open environment rooms until adopted. All of the feline adoption rooms are visible through glass walls inside the lobby and sliding glass doors allow access for visitors.

The Keimig Associates, the architect, volunteered with Donovan Brothers for nearly two years to provide design concepts, budgeting and assistance with permitting. The design and construction teams also became charter members of AVHS.

The project was completed on budget, with no accidents in 1,562 hours worked.