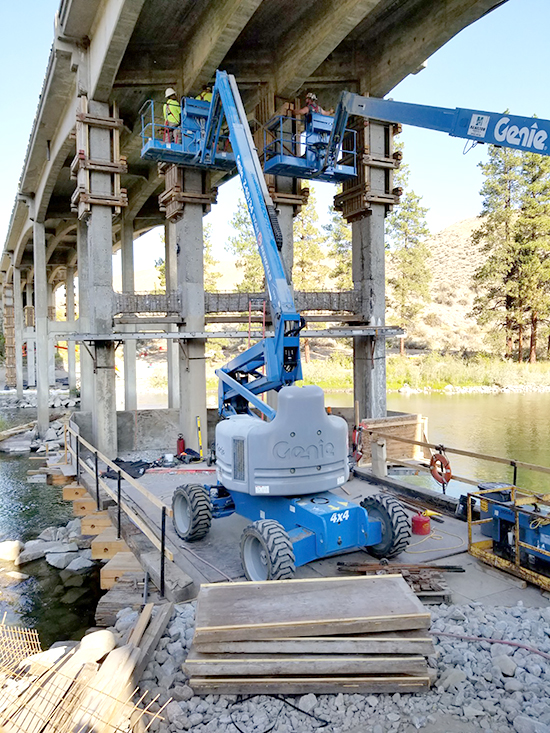 Three Methow River bridges on SR 153 in north-central Washington were in need of major structural rehabilitation in order for this vital section of highway to continue to serve the traveling public. These bridges provide the only route of travel for several area communities. Work included major retrofits with self-consolidating concrete and rehabilitation of 13 bridge columns. The original scope of work for Pier 4 of Bridge 10 required the most work and included diverting a portion of the Methow River, excavating down to the footing, installing and grouting two column jackets along with the standard column and strut repairs, installing containment systems above the river, and restoring the shoreline and access routes to original condition. When water levels threatened the construction access plan, Hamilton kept the project moving forward by securing multiple construction easements to access the piers.