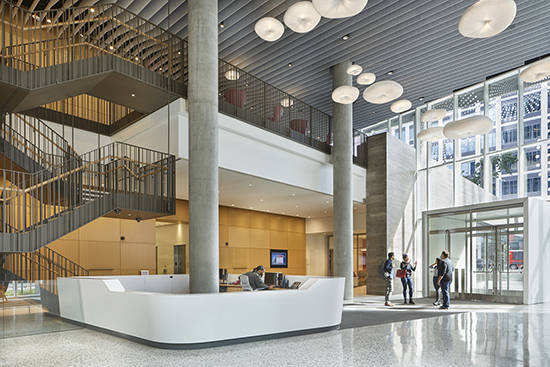 Building Cure is Seattle’s first new high-rise that integrates research, offices and public outreach. Much of the 540,000-square-foot tower is devoted to finding cures to more than 80 childhood diseases. The 12th floor Cure Factory allows Seattle Children’s to manufacture cancer immunotherapy products for up to 1,000 children each year. For the construction team, this complexity of uses involved a complexity of structure, systems and finishes never seen before in our region. Thirteen varied functional levels (one below grade) plus a parking level brought equally varied standards that were integrated into one — vibration isolation, cGMP clean protocols, redundant systems, a science discovery lab for students, gathering spaces, Class A offices and retail. All of this was built within a tight budget and schedule, with an innovative safety approach.