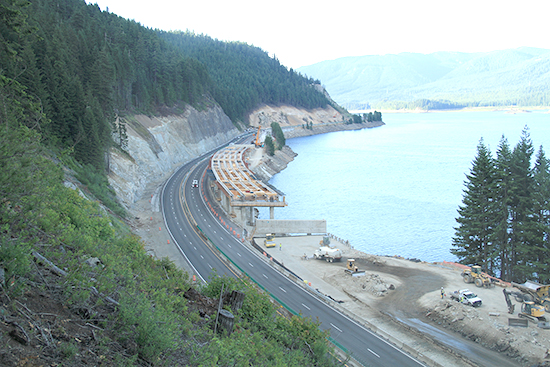 At Atkinson, corporate culture revolves around fostering a collaborative atmosphere that encourages continuous improvement. Atkinson has devoted considerable resources to identifying areas of improvement, both on a corporate and individual level, through perception surveys, continuous improvement teams, Team Atkinson events, and company-wide safety retreats. These methods are all designed to promote meaningful communication and education with regard to safety. Atkinson has created a baseline for measuring the response to a safety issue, as it is vital to accurately know the next steps in resolving an issue in order to facilitate continuous improvement. This includes the creation of achievable and measurable goals, and a means to recognize success. Ultimately, this is meant to create and foster integrity in the workplace, along with reinforcing desired behaviors to ensure that a culture of safety is prevalent on all Atkinson projects.