Superintendent of the Year

Jay Teskey takes a personal approach to safety. He knows everyone by name on his projects, which has fostered a mutual respect between him and his project teams. Teskey’s personal touch shows he cares about his teams’ wellbeing and the work they are performing. 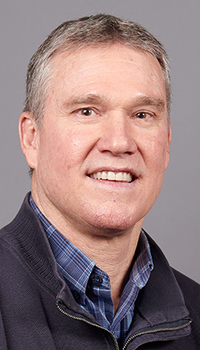 As superintendent, Teskey leads the overall safety vision of his projects by “walking the walk” and demonstrating his commitment to safety as an extension of how he approaches his work. In addition, Teskey is a firm believer in clear communication — he is direct in communicating his expectations, and project teams he has led have adopted this style of communication to ensure challenges are met head on and resolved quickly.

Teskey’s most recent project was Interstate 90 Snoqualmie Pass East — a $177 million project that widened the freeway from two to three lanes in each direction just east of Snoqualmie Pass through the Cascades.

The I-90 project began in 2011 and encompassed eight seasons of work. Due to the seasonal weather on the mountain pass, the project could only be constructed between April and October of each year — creating myriad challenges not normally encountered on large, heavy civil projects. These challenges included extreme weather and a project site between an avalanche-prone rock cliff and an environmentally sensitive lake with seasonal water elevation changes of over 60 feet. This location exposed the project to extreme wet and cold weather, and the project team could only work in six-month windows. The team was further limited with regards to foundation work, as there was only a three-month window when the water level of the lake was low enough to construct the project’s foundations.

With work limited to just six months each year, maintaining the same people on the project’s workforce was difficult from season to season. In a limited work window, long hours and overtime were required to maximize the amount of work that could be completed during each construction season. Also, in the remote locale, delivering materials and manpower to the project site presented sizable difficulties. With the project team’s office 10 miles from the project site, team members had to be very detailed in how they planned their time on the project site.

Despite these sizable challenges, Teskey’s leadership was instrumental in the project’s success. With his impeccable attention to detail, can-do attitude, and problem-solving skills, the I-90 project was delivered on-time and with an excellent safety record.