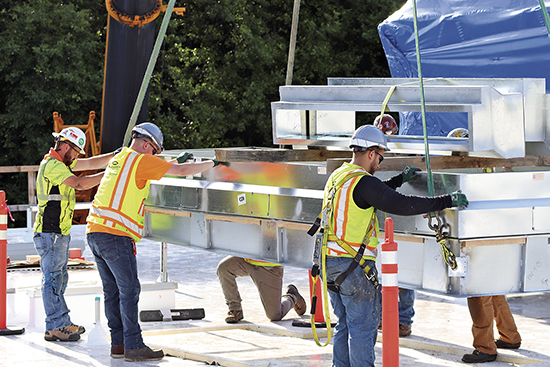 MacDonald-Miller feels that its people are its No. 1 asset and that having great people creates a healthy culture. As the company gears up for substantial growth, it wants to ensure that its culture is not lost. In 2018, it created a culture committee to ensure that its healthy culture continued to enrich the ways in which day-to-day business is conducted. The culture committee conducted an in-depth employee survey for both field and full-time employees, receiving outstanding participation, and began the daunting task of sorting through hundreds of statements from employees on what culture means to them. The data concluded that the company stays true to the following six values: collaboration, dedication, safety, community, innovation and fun — and it was no surprise to the company that safety was among them. MacDonald-Miller includes its values in all that it does. It’s a common language that promotes a safe and healthy workplace for both field and office.