Project Manager of the Year

Wageman has 16 years of heavy civil construction management experience in a variety of transportation contracts. He has a history of excellent safety and quality performance on deadline-driven projects and is a skilled interpersonal communicator who successfully manages specialty contractors and effectively coordinates self-performed work. 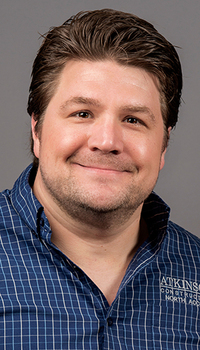 Wageman supervises project staff, specialty contractors and craft activities, and maintains liaison with owners and project stakeholders to ensure comprehensive collaboration and coordination on his projects. He is a proven manager with a project-first mentality and ensures that projects are successful for all stakeholders.

The I-5 project was mostly completed during weekend closures, with each closure in a different area of the corridor. Many work zones were only available once and all work in that area needed to be completed during that single closure. On a Wednesday prior to one of the weekend closures, WSDOT informed Atkinson that the original traffic-control plans did not meet the requirements of the project RFP. Although the RFP allowed I-5 to be reduced to two lanes during weekend closures, WSDOT wanted two continuous lanes of I-5 throughout the 8.5-mile-long work zone, where drivers would never need to change lanes.

Atkinson’s traffic control plans had originally required drivers to change lanes in two locations. Without a solution, WSDOT was ready to cancel the weekend closure — threatening the completion of the project in a single year. To resolve the issue, Wageman collaborated with WSDOT, the design firm, and trade partners to develop solutions that would allow the weekend closure to proceed. Under his direction, the team met and discussed each location that required drivers to change lanes and developed acceptable solutions, such as closing ramps at night during lower traffic volumes and temporarily restriping lanes for the weekend.

By working closely with WSDOT, Wageman facilitated a solution that addressed WSDOT’s concerns — without impacting the schedule. The RFP allowed construction to take place during 16 weekends of multi-lane closures over two construction seasons. Wageman worked closely with the project’s design manager during the proposal phase to innovate and collaborate with WSDOT on traffic control strategies. As a result, Atkinson committed to 11 weekends in its proposal. After project award, Wageman worked closely with WSDOT and further reduced weekend closures to seven.

Due to Wageman’s efforts, Atkinson completed all major work in just seven weekends in a single construction season, which greatly reduced traffic impacts.