What is high-performance teamwork? Local leaders tell all

Today the word “teamwork” is overused and cliche. Just because a group of people work together does not necessarily mean they are functioning in the truest sense of teamwork.

Every May, the Associated General Contractors has the pleasure of recognizing members’ most successful projects through the Build Washington Awards program. What is clear about the nominated projects is the cohesive teamwork that exists on these challenging and complex jobs.

Brian Aske, senior project manager with Lease Crutcher Lewis for eight years, was the project manager on one of these projects: Discovery Hall at the University of Washington.

Aske said much of the teamwork approach is defined at the beginning of the project with a clear understanding of what the owner wants and values. 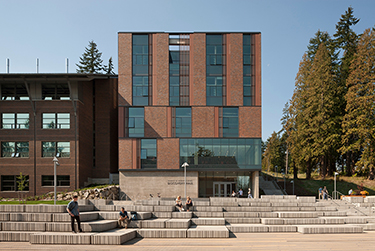 “Having conversations upfront that clearly define the project goals sets the tone for moving forward,” he said.

On the Discovery Hall project, the compressed schedule pushed the team to meet frequently to fast-track decision making.

The Discovery Hall project was set up for a true team-based approach led by Lewis’ highly detailed modeling, which allowed problems to be solved in the model rather than in the field.

“The metrics for this project were no accident, we achieved success by design resulting in increased value, reduced change orders and no overtime,” Tatge said.

For Michael Sloane, project manager on Abbott Construction’s Community Health Center of Snohomish County project in Edmonds, one of the keys to quality teamwork was having the same group work on the project from beginning to end.

“The consistency of staff on the CHCSC project made for a stronger team,” Sloane said.

Also helpful was the addition of a staff person to the formal team that was going to use the facility. That person quickly provided valuable feedback.

According to Sloane, the most important parts of a high-performing team are accountability and ownership.

“They are critical,” he said. “Without those you don’t have trust.”

On this project, the team set the expectations early and reached agreement on how communication would flow. For the team, the greatest reward was being able to exceed the owner’s expectations and get a lot more of the little things done.

When asked what made this team so good, Davis responded: “We were all working towards a common goal with an experienced and supportive owner, Vulcan.”

Davis said key components to successful teamwork are being open to different solutions other than your own and listening to all ideas on the table. For Davis and other team members, one of the rewards was developing rich relationships that go on long after the project.

In GLY’s leadership training, staff learn many of the skills necessary for participating on sophisticated teams.

“The key to this team was sharing an ambitious vision of what the project could be and transforming two parking lots and an alley into a beautiful and innovative office solution for Amazon,” he said. “Vulcan provided the visionary leadership, Amazon was an engaged participant throughout, and GLY was a strong contractor. In the end we built a great project, but also a great experience.”

Is there a secret sauce for high-performing teams?

Exxel Pacific CEO Kevin DeVries said the key is the chemistry and culture of the company. He cites a style of leadership where everyone in the company is valued equally.

“When everyone feels respected and valued, it sets the tone for good teamwork,” he said.

Exxel recently completed the Stackhouse apartment project in Seattle, whereBrett Armstrong, AGC’s 2014 Superintendent of the Year, was the superintendent.

“Our team had one thing in common — a personal commitment to the project,” Armstrong said. “It was enjoyable to go to work every day knowing that we were all supporting each other and doing whatever it took to make it easier for the next person.”

Armstrong said lessons learned should be talked about throughout the project and not just at the end because, “this lends itself to an environment for supportive decision making, where people feel safe to express their ideas without fear of making a mistake.”

Teamwork is not a difficult concept, but the components of highly effective teams can easily get distorted in an industry where there is a high degree of risk and conflict is imminent. These successful projects highlight some of the key concepts that keep teams on track: accountability, trust, communication, goal-setting, company culture and conflict resolution.

Setting aside agendas and egos and working with a relentless focus on team performance will yield rich rewards and more successful outcomes.