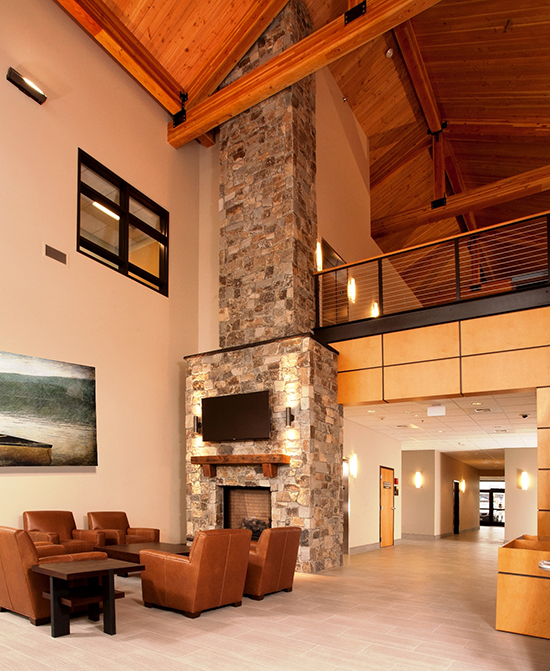 
Situated near Auburn’s 15th Street retail corridor, Franciscan Medical Pavilion is anchored by Fred Meyer to the south and Lowe’s to the north. That and its proximity to Auburn General Hospital make it an ideal location for a medical office.

Construction began on the 37,000-square-foot building in fall 2013 with completion set for spring 2014. Due to that schedule, Donovan Brothers Construction used a permanent drainage system consisting of a cement-treated base with asphalt topping to control stormwater, enabling crews to work on the tilt-up shell throughout the winter.

Working in a busy retail location presented one of the biggest challenges to the job. Special considerations were taken to ensure safety of all who frequented the area, especially the daycare that was 100 feet from the project. Donovan created a traffic plan to divert daily deliveries away from heavy pedestrian and auto traffic.

The interior of the building has a walk-through lobby with exposed glu-lam ceiling beams, Douglas fir car decking and up lighting. The main entry has a 30-foot-high cathedral ceiling and a natural gas raised hearth fireplace with a dramatic floor-to-ceiling polished stone surround and chimney.

The project came in on time and within budget. There were no time-loss or medical injuries in 6,297 hours worked.